Airline Tycoon Deluxe is a video game published in 2003 on Windows by Spellbound Entertainment AG. It's a strategy and simulation game, set in a flight and managerial themes, and was also released on Mac and Linux.

2002, the year Airline Tycoon Evolution was released on Windows. Made by Spellbound Entertainment Software and published by Global Software Publishing Ltd., this simulation game is available for free on this page.

I have downloaded the game, but there is no EXE for it, only for the patches and they are not working without the game

@Reza
Extract .zip file and there should be a .cue file in there. Mount it with Daemon tools (at least that's how I did it).
That should install it, but you'll have to keep the image mounted in order to play.

hi how can i install the zip file of airline tycoon I downloaded it but there is not any installable file just *.bin
please help me

Free game crashes every time around 40th-50th day. Which is extremely annoying because even the save files get corrupt and you can't continue on what you've built. Other than that, it's as awesome as I remember it!

Share your gamer memories, help others to run the game or comment anything you'd like. If you have trouble to run Airline Tycoon Evolution (Windows), read the abandonware guide first! 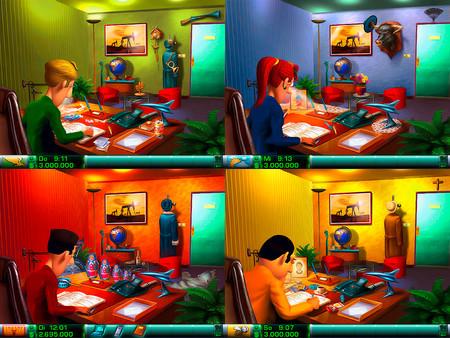