Not many South African players have scored goals in Europe's top leagues, but some 15 years ago, Delron Buckley netted a brace against the mighty Bayern Munich.

Scroll through the gallery above to see some images of Buckley's special performance against Bayern!

On 13 February 2005, Buckley netted a brace for Arminia Bielefeld in a 3-1 win over record Bundesliga champions Bayern, who had none other than Oliver Kahn in goal at the time – the only shot-stopper to win the Golden Ball at a FIFA World Cup to date.

To this day, Buckley still remembers putting the ball through Kahn's legs.

'It was a very special day for me because all the years I had tried to score against Oliver Kahn without success, but that day I managed to score two,' he told Soccer Laduma.

'The players Bayern had at the time were amazing, they had Michael Ballack, Claudio Pizarro, playing against Arminia Bielefeld – a team that just got promoted.

'But the way our coach Uwe Rapolder had put the team together, he wanted to play attacking football, which worked in my favour. 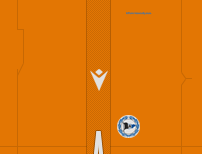 'I still remember the one goal, there was snow on the pitch. Ruediger Kauf won the duel in the midfield and when he got the ball, I started running in behind the defence. That was our game plan, win the ball in midfield and the forwards had to run.

'He won the ball in midfield and I just took off. I didn't even look back, because I knew exactly he would play it over the defence into space.Nuvvu naku nachav tottent.

'Then it was me in a one-on-one versus Oliver Kahn, he came out, opened up his legs and I pushed the ball through.'

That strike was Bielefeld's second goal of the match before Lucio pulled one back for the Bavarians with a direct free-kick. However, it was the South African who had the last laugh after completing his brace in the 83rd minute.

If you are interested in more Bundesliga news, listen to Kres Harrington on the Bundesliga Connection – a co-operation between Soccer Laduma and Deutsche Welle.