The RIM’s latest laundownload (1)ch “BlackBerry Z10″ is no doubt a moving trend in the smartphone market.

In less than 5 months of its release, the device has hit the market, especially that of Nigeria market. This explains the reason why most folks were on the watch waiting for RIM to drop the ball.

All that said, there is one thing which some folks don’t know yet, that the Blackberry® 10 smartphone has a different Blackberry Desktop Software entirely different from the previous version.

The one for BBz10 is called “Blackberry Link”

Before now, a friend called me to complain that his “BlackBerry Z10″ does not synchronize with the Blackberry Desktop Software version already installed on his PC.

After speaking with him, I decided to do a little research to find out why, and I was able to discover that the new BB z10 has its own Desktop Software, which simply means that you will need to download the one compatible with it in other successfully connect your BB 10 to your PC.

The following are what you can use BlackBerry Link to do on a computer:
Sync music, pictures, videos, and documents between your BlackBerry device and your computer over USB or Wi-Fi connections.
Back up and restore your device data. 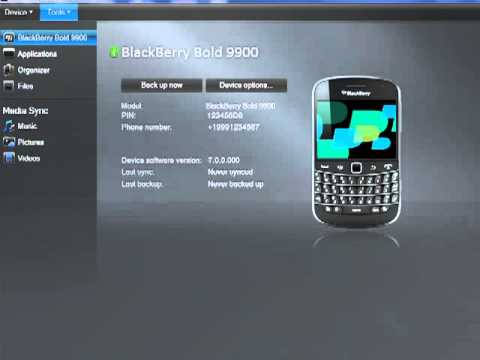 Transfer supported settings and data to your new device.
Manage multiple devices that use the same or a different BlackBerry ID.

Computer software:
> Mac OS 10.6 or later
> iTunes 10 or later for music and video synchronization
> iPhoto version 9 (iLife ’11) or later to import your pictures and videos
> An active Internet connection

Head on to BlackBerry official website to download blackberry linklink for PC and Mac.
– See more at: http://www.nairatrain.com/forum/topic/13

Search recipes for this entry: