For playing our games you need install emulator to your computer

How to install emulator

Viewed: 34587
NOTICE !!! All games on this web site I am testing by myself and all are fully functional, but provided only if you use our emulator and our game !!! Emulator and games are specially designed to work properly. Not like the other web sites that offer thousands dysfunctional games, which I personally just as surely as you hate. YOU ALWAYS MUST !!! 1 step: Download the game and add game to the folder 'roms', 2 step: In runnig emulator mame32 to press 'F5' for refresh games list !!! 3 step: Use only our specially designed emulator mame32 with our games. I will be very happy if the Games will post comments. A't it will be a commentary on the game or our website. I wish you much fun. Your Gbit

Right after I saw the game for the first time, it was so fascinated for me. The very first video, when they take my girlfriend to me, causes a lot of emotion, and I knew right away that I would kick my ass to those bastards who kidnapped my girlfriend Marian. The main heros are brothers Bily and Jim Lee, Aka Hamer and Spike. The task of the game is to save Bily's friend Mariana. Both brothers master martial arts, and they can use different special touches in addition to punches and fists. Double Dragon has basically four levels. The first level is in the street, the second level is the factory environment, the third level is a forest or jungle and the last is a kind of fortress. In my opinion, the third level is the hardest, so you have to start over and over again and again before you can manage it. Your enemies are: Willy - a tough guy with a machine gun, Jeff - too good, looks almost like you. Abobo is also here He was a giant giant who grabs you and drops you like a stick Lindas - Pretty punk with a whip Lopar - This borec throws a lot of things around him Williems - Another punker who likes weapons of all kinds, so he will go with you with a knife, a baseball bat or just throw a dynamite on you :-) I have to say that the game is quite difficult. In addition, you can not stay anywhere, because each level is limited in time. So, besides the enemies, you must have time, but also the different holes in which you can fall and kill yourself on your way to revenge. The game was and is so popular that it has been released on all older consoles and personal computers, eventually on PC.

Here are the links for the previous installments of the Double Dragons series:

For more videos with Double Dragon game you can visit youtube.com

If you want buy CD, DVD with with Double Dragon arcade game i can recommend you ebay.com

or you can try amazon.com Kotion each gaming headset g9000 setup.

If you are looking for very detailed information about this game try to visit wikipedia.org

Double Dragon II: The Revenge is a sequel to the original Double Dragon game released in 1987 and is a side scrolling beat ‘em up game produced and published by the same company, Technos. The game was released for the first time in 1988 as a coin-operated arcade game, but appeared later on Nintendo Entertainment System (NES). There were big differences between the two games. Other versions were released in the following years for Sega Mega Drive/Genesis, Game Boy Advance and PC.

The arcade version of the game begins with Marian, the women from the original Double Dragon, being killed by the leader of the Black Warriors. The player can control one of the same twin brothers Billy and Jimmy Lee, but their task is different. Now they have to avenge Marian’s death.

The arcade version brings an improved control system compared to the first game. Now there are two directional-based attack buttons, left and right, instead of the original punch and kick buttons. Pressing the attack button of the player’s current direction will employ a standard series of punches, while pressing the button in the opposite direction will perform a back kick. Several moves were introduced in this game, such as a Hurricane Kick, which was a powerful attack. 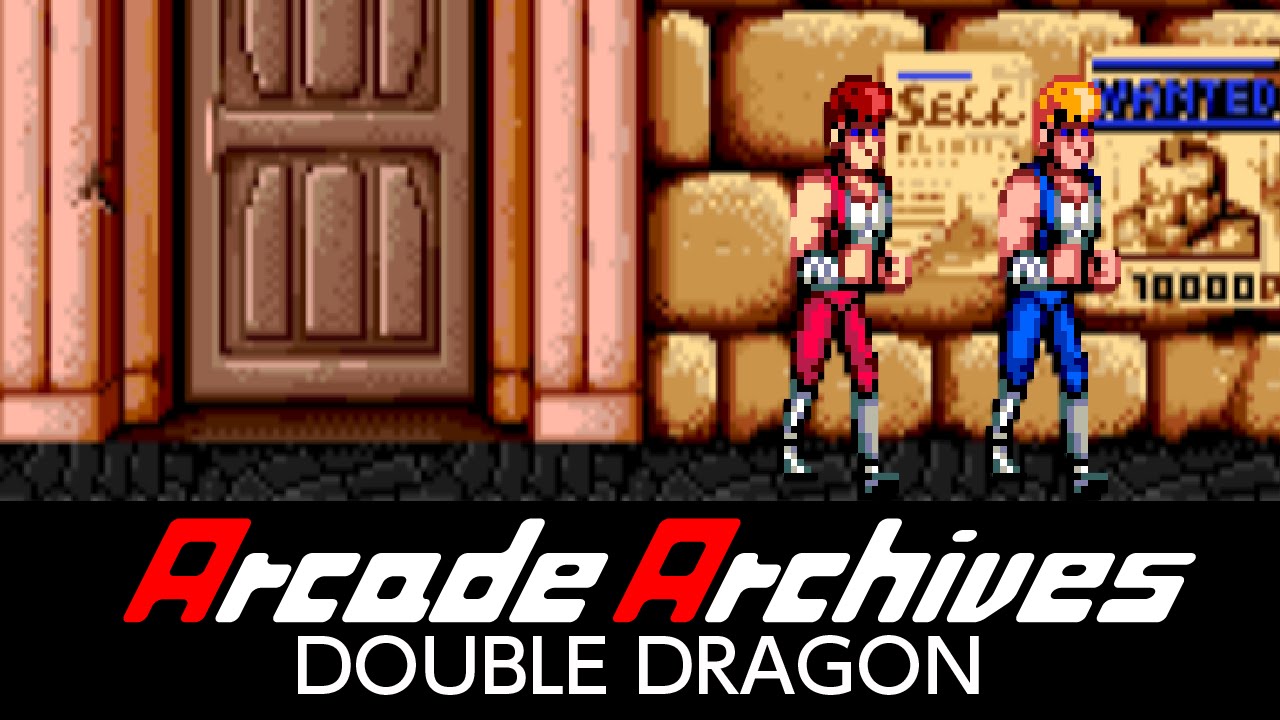 Most of the enemies in the first game returned in the second one too, but were given makeovers and few new moves they could use. The weapons were also modified and, for example, the steel bats and dynamite sticks were replaced by shovels and grenades.

There were four levels in the first game and there are still four in the second one: a heliport, a lumber storehouse, a wheat field and the new hideout of the final boss. There is a sub-boss for each stage. He has to be defeated for the players to get through the next level. After a single-mode game the player will have to confront a double of him to finish the game, otherwise he will encounter his twin brother, controlled by the second player.

The first release of the series was very popular; the second one followed the same path. The version for Nintendo Entertainment System was rated with a great total average of 8.6 out of 10. No less than 838 users voted when this review was written. The game for arcade was rated with 8.3 and received 35 votes up until now.