Watch this page for free downloads as they become available.

·DADM_Tools add-in: For various reasons, some users of our DADM and PMS books prefer not to use the Palisade add-ins discussed in these books. To provide another alternative, I created my own add-in called DADM_Tools that provides much of the basic functionality of the Palisade software. This add-in, written in Excel’s VBA language, is not used in the books but it is available here for free. Because it is totally free, no support is available. However, it is very easy to use, and it is compatible with Excel for Windows and Excel for Mac. Here is a link to instructions: DADM_Tools Help.docx. Here is a link to the add-in: DADM_Tools.xlam.

·Random Functions Add-Ins: The DADM_Tools add-in mentioned in the previous bullet includes, among other things, a simulation program. For technical reasons, the custom functions I developed to generate random numbers from various probability distributions are not included in the DADM_Tools add-in.

oFor Windows users, the random functions are contained in a special type of add-in (an XLL that works only with Excel for Windows 2010 or higher). First read the following: RandGen Add-In.docx (updated 1/24/2019). Then install the add-in by running the Setup file in: RandGenSetup.zip.

oFor Mac users, the random functions are in the following add-in: Random Functions for the Mac.xlam.

·SolverTable Add-in: Each version below has a corresponding Help file (a Word file) that you should read before contacting me about problems. Each zip file below contains only two files: the .xla or .xlam add-in file and the Word help file. You should unzip both to the same folder (any folder of your choice) and then read the help file for more instructions. The next two bullets address some possible problems users have had.

oFor Solver that ships with Excel for Mac: SolverTable for Mac.zip

¨(Note: If you downloaded this zip before 10/30/2020, download this version instead. The previous version didn’t recognize when a model has no feasible solutions. This version corrects the problem.) This version of SolverTable was created for the Mac in October 2020. The essence of SolverTable has always been that it makes multiple uninterrupted Solver runs. For technical reasons, this is not possible in Excel for Mac, which explains why a version of SolverTable had never been available for the Mac. However, this new version gets around the problem by making interrupted Solver runs. Before each run, you are prompted whether you want to make the next run. (This is explained more fully in the help file that is part of this zip file.) Admittedly, the interruptions slow down the process to some extent (besides the fact that Solver for the Mac is just plain slow), but it is much better than making multiple Solver runs manually, each with new input values. The good news is that the user interface and the results sheets are exactly the same as those for the Windows version of SolverTable.

¨This version is basically the same as the 2013 version.

SEE WHAT’S NEW; Calendar. Coordinate schedules, plan family game night—with the Calendar app 3 you can easily see what’s on the agenda and stay a step ahead. SEE WHAT’S NEW; Sticky Notes. Grocery lists, home improvement projects, books to read—use a Sticky Note to help you remember. New app store icon. 2 days ago Apple has updated its App Store Review Guidelines, adding new clarifications as to whether streaming game services like xCloud and Stadia are allowed, along with new rules for in-app purchases for. 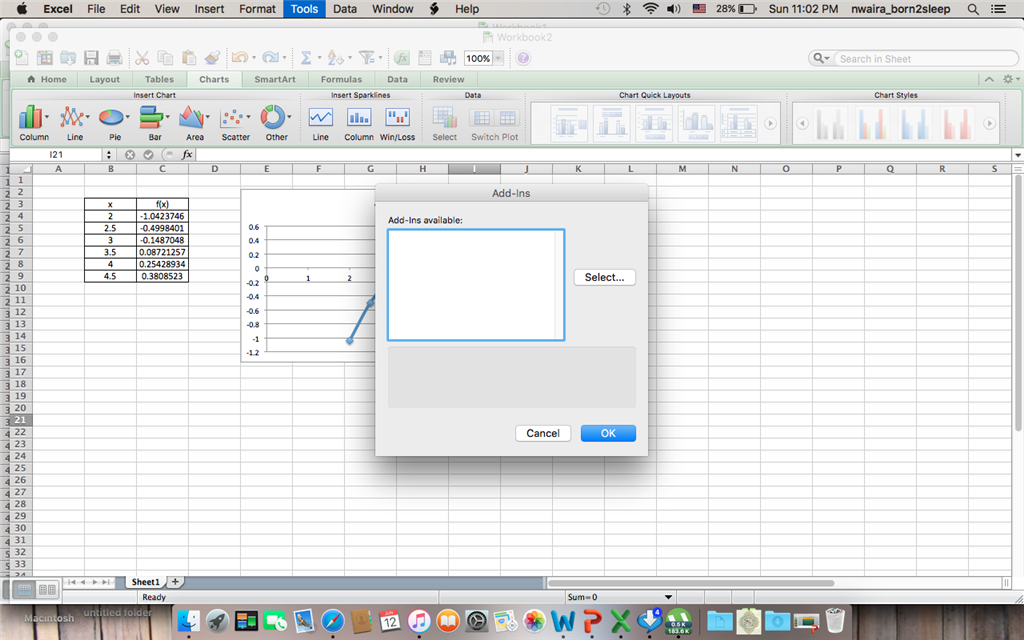 ¨Modified on 10/5/2015 to open the Help file in a simpler manner (less possibility of an error occurring).

¨Modified on 10/5/2015 to open the Help file in a simpler manner (less possibility of an error occurring).

¨Modified on 4/26/2012 to fix a problem with long worksheet names. Basically, Excel allows worksheet names to be no longer than 31 characters. SolverTable creates a hidden sheet with its settings, and the name of the sheet is the model sheet name plus the suffix “_STS”. So if the name of your model sheet has from 28 to 31 characters, this would create an error. SolverTable now warns you before the error occurs.

¨Modified on 11/8/2011 to fix a potential problem where a user mistakenly selects the Simplex LP method on a nonlinear model. The previous code could get into an infinite loop in this case. A similar fix was made (see below) to the 2007 and 2003 versions. However, this 2010 version might not work correctly in 2007 or 2003 because of a subtle code change Frontline Systems made in its 2010 version of Solver.

oSolverTable fix: For those of you who have problems with SolverTable, here are instructions for a possible fix: Fixing SolverTable.docx.

oSolverTable tip for international users: A user from outside the US discovered why his SolverTable wasn’t working. The problem was in the numerical settings (decimal symbols and list separators), and the fix was to change these in Windows settings. I’m not sure how common this problem might be, but if you’re outside the US and your SolverTable isn’t working, this is worth a try.

oA strange SolverTable problem: Reynold Byers and his students at Arizona State discovered that in a straightforward integer-constrained model, SolverTable gave slightly suboptimal solutions. I originally thought this had to do with the Integer Optimality setting, but that wasn’t it. They found that the decimal input being varied, something like from 0 to 0.6 in increments of 0.1, was not being set to exactly 0.4, say, but instead to something like 0.400025 – a slight roundoff – and this was enough to cause the suboptimal solutions. Great detective work on their part, but I’m not sure how to fix the problem. Anyway, be aware!

oStatPro for Excel 2007 and later: Although I no longer support StatPro, I tinker with it from time to time, and this version is the result: StatPro New.zip. It doesn’t have all of the options from the original StatPro (stepwise regression is missing, e.g.), but it has some new features and a slightly different interface. It is contained in a single .xla file, and it does work with Excel 2007 and later versions. To load it, just double-click the .xla file.

oStatPro for the Mac: Some of you have requested a version of StatPro for the Mac, that is, for the Mac version of Excel. This was originally impossible because Excel 2008 didn’t even have VBA, the programming language. That changed in Excel 2011, but the VBA interface is quite different from the one in Excel for Windows. Anyway, I gave it a shot, and you can try out this version: StatPro for Mac.zip. However, you’re completely on your own; I provide no support for this version.

oStatBasics for Excel 2007: StatBasics for Excel 2007.zip. This is a mini version of StatPro I created (mostly to sharpen my programming skills). It provides only the basics: summary measures and useful statistical charts. Installation instructions are in the zip file. Try it out, but keep in mind that I do not provide support for it.

Visit the Cengagesite for our books.

Albright and Winston are both retired from the Kelley School of Business, Indiana University, Bloomington.

Back to home page