Driver for the Xbox 360 wired controller. 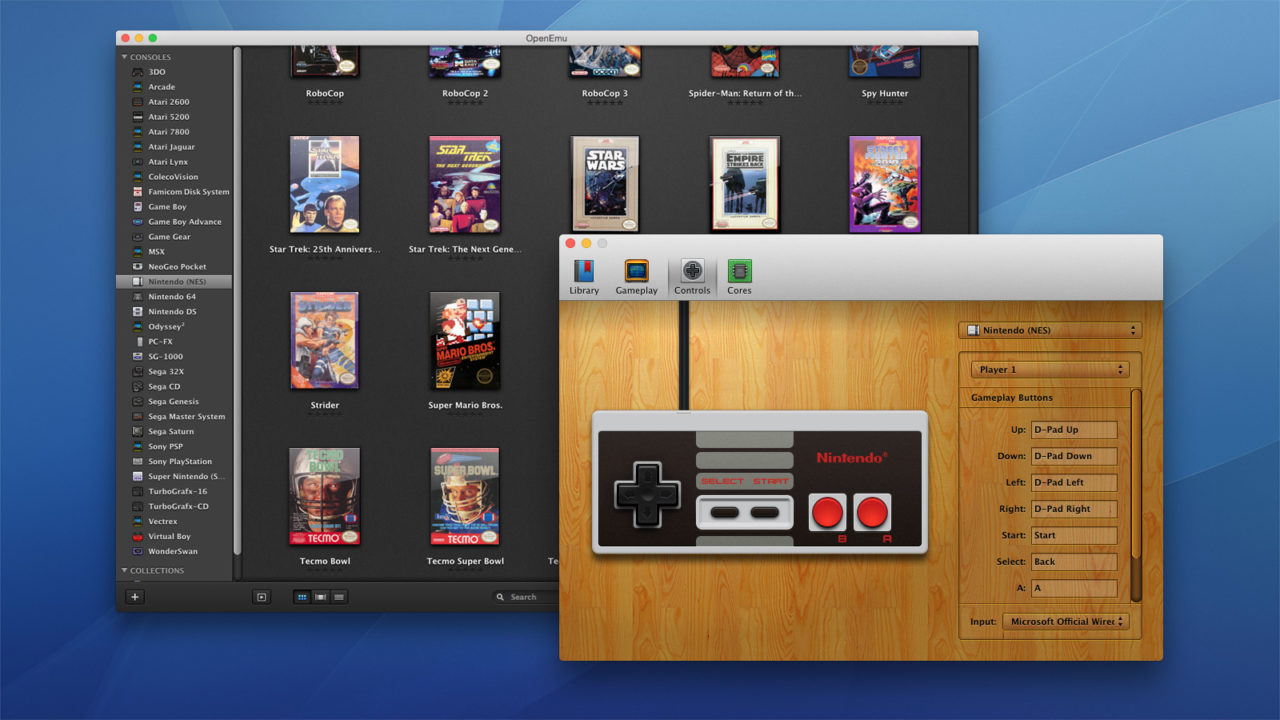 Xbox 360 Controller driver adds support to Mac OS X for the official Microsoft Xbox 360 wired controller. Along with all the buttons, both analog sticks, the analog triggers and the D-pad, it implements Force Feedback support using the rumble motors as well.

As the driver is open source, it is also possible to to control the LEDs, see an example of how to communicate with the driver directly, as well as bypass the Force Feedback functionality for direct rumble motor control.

Third party controllers should also be supported, but these must be added manually to the driver's list of supported devices. Currently this includes the official controller and the DOA4 stick controller.