Majutsushi Orphen Hagure Tabi: Kimluck-hen
Genres :DramaFantasyActionAdventureMartial ArtsMagic
Majutsushi Orphen Hagure Tabi: Kimluck-hen
Genres :DramaFantasyActionAdventureMartial ArtsMagic
Description: Second season of Majutsushi Orphen Hagure Tabi.
Bungou Stray Dogs Wan!Bungou Stray Dogs Wan!
Genres :ComedySlice of LifeSupernatural
Description: The peaceful days of the very popular work Bungou Stray Dogs are here. The characters of the Armed Detective Agency and the Mafia are in miniature form?! Due to Atsushi and co. becoming cute, this is a different experience to the original work—a pleasant gag manga!
World Witches Hasshin Shimasu!World Witches Hasshin Shimasu!
Genres :ComedyMilitary
Description: Countries all over the world formed an alliance to counter the emerging enemy of mankind 'Neuroi,' whom only girls with special powers could counter. However, the Neuroi never appeared. Instead of fighting, the witches spend their days idly. This time following not only unit 501, but also unit 502 known as 'Brave Witches!' The 2nd volume of the comical daily drama of the witches who do not fight Neuroi begins!
Wonder Egg PriorityWonder Egg Priority
Genres :DramaFantasyPsychological
Description: A story of troubled girls, spun by screenwriter Shinji Nojima in the world of anime.Led by a mysterious voice while on a midnight stroll, 14-year-old girl Ai Ooto picks up an egg. The voice coaxes her: 'If you want to change the future, you only need to choose now. Now, believe in yourself and break the egg.'What awaits Ai after the breaking of the egg..
SK8 the InfinitySK8 the Infinity
Genres :ComedySports
Description: Reki, a high school sophomore and skater, is addicted to 'S,' a highly secret and dangerous downhill skateboarding race that takes place in an abandoned mine. The skaters are especially wild about the 'beefs,' or heated battles that erupt in the races.Reki takes Langa, a transfer student returning to Japan after studying abroad, to the mine where the races are held. Langa, who has no skateboarding experience, finds himself pulled into the world of 'S'..
Yatogame-chan Kansatsu Nikki SansatsumeYatogame-chan Kansatsu Nikki Sansatsume
Genres :SchoolComedySlice of LifeShounen
Description: Third season of Yatogame-chan Kansatsu Nikki.
Tenchi Souzou Design-buTenchi Souzou Design-bu
Genres :ComedySeinenSlice of LifeFantasy
Description: 'In Heaven's Animal Design Department, designers create a variety of new animals daily while contending with the unreasonable requests of their client: God. This series answers questions such as, 'Why can’t unicorns exist?', 'What makes an animal taste delicious?', 'What’s the most powerful creature in the ocean?', and, 'Bird versus snake: who would win?'
Yuru Camp Season 2Yuru Camp Season 2
Genres :ComedySlice of Life
Hataraku Saibou 2nd SeasonHataraku Saibou 2nd Season
Genres :ComedyShounen
Hataraku Saibou Black (TV)Hataraku Saibou Black (TV)
Genres :SeinenAction
Description: Alcohol, smoking, and stress—in the body subjected to these irritants, the cells responsible for maintaining life seem to fight a war that never ends. Due to a severe shortage of workers, Red Blood Cell AA2153 has to quickly learn to deliver oxygen and collect carbon dioxide, even in dangerous conditions. Meanwhile, White Blood Cell U-1196 has to do her part by dealing with germs and viruses during life-threatening situations. In the midst of these crises, they have to work together to keep the body healthy, despite not knowing if their sacrifices will be worthwhile.Hataraku Saibou Black takes a different approach by showing the grittier side of the jobs our cells perform.
2.43: Seiin Koukou Danshi Volley-bu2.43: Seiin Koukou Danshi Volley-bu
Genres :SchoolDramaSlice of LifeSports
Description: Junior high school student Kimichika Haijima moves back to his hometown, Fukui, after causing trouble in the Tokyo Junior High School volleyball club. There, he is reunited with his childhood friend, Yuni Kuroba, who possesses outstanding physical abilities, but is vulnerable under pressure. Haijima, with his overwhelming passion and talent for volleyball, forms an ace combination with Kuroba.The two enroll at Seiin High School, where they join the volleyball club. Awaiting them are the 163 cm hot-blooded captain Shinichirou Oda, the talented and sharp-tongued vice-captain Misao Aoki and his third-year pair, and second-year students, including Akito Kanno, who is always wearing long sleeves due to his allergy to sunlight.The newborn team breaks its former shell of weakness and becomes Fukui's rising star. This is a certain team's journey to victory, with a series of fascinating rivals standing in their way.
Abciee Shuugyou Nikki 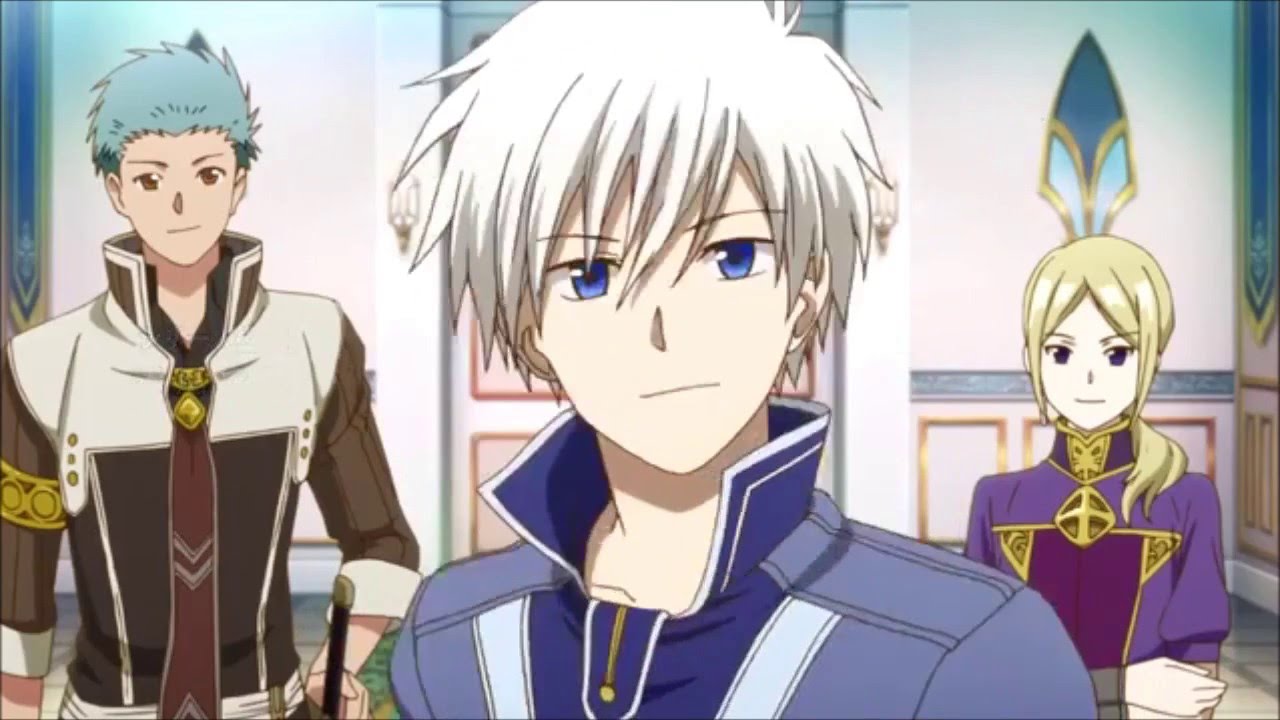 Abciee Shuugyou Nikki
Genres :Comedy
Description: ABCiee is a bit klutzy and ditsy, but he's full of spunk and he starts his dream job at a TV station! This is a work comedy filled with all kinds of hijinks! 'I never knew it was so hard working at a TV station, ciee!' Despite having to face the unknown rules of the TV business, unique coworkers, and guest stars who have very particular quirks, ABCiee takes them head on with his positivity. Work, love, family, whatever goes!! Please watch over ABCiee as he takes on the TV business.
Chat
Saikano: Another Love Song
Pokemon XY: Mega Evolution
One Piece : Episode of Arabasta - The Desert Princess and the Pirates
Mangirl! 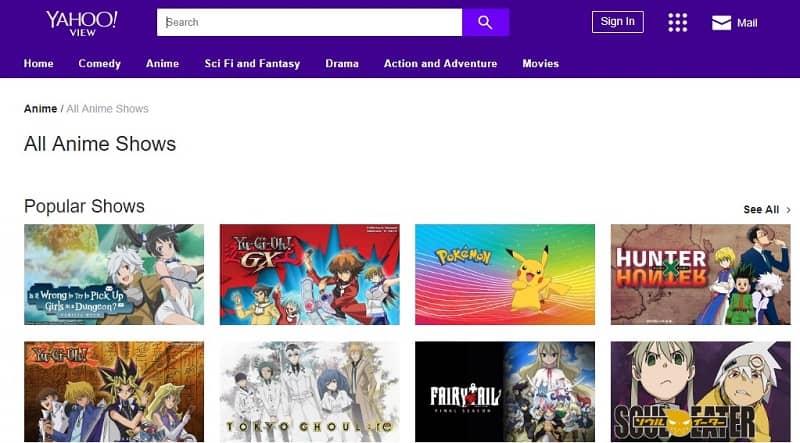