As the fifth game in the FNAF series, Five Nights at Freddy's: Sister Location does more than a few things to change things up. Of course, if this is for the better or not really depends on you. However, I must say that this was a series that could have been in danger of getting stale so taking a chance with something like this is certainly a move you have to give the developer praise for.

The lore of this franchise is just fascinating. While a great deal of this is created by the fans, this time the developer went all in and we have a much more focused story this time around. As the name of the game suggests, we are at a different location this time, but the same animatronic horrors await us.

There is more narration here and the new setting of Circus Baby’s Pizza World has a darker and creepier feeling than what Fazbear offered. Microsoft powerpoint mac os x free download. Right from the start, you get the impression that there is something off about this place.

More To Do, More Ways To Die!

While the improved storytelling and change of location are great. It is the gameplay that has seen the biggest change in Five Nights at Freddy's: Sister Location. No longer are we confined to that one room. Now, we can move around and this is a huge part of the game. Each night that you are trying to survive will have its own objective/mini-game for you to complete. Of course, you also have to watch out for the deranged animatronics stalking you as you go about your work. One of the jobs you have to do is actually working on these things which is pretty damn terrifying!

The gameplay is varied enough and I like that, but my god did I hate night 4! Not because it was scary, but because it was so hard. You have to fight off these little robot things and it is a test in patience more than anything else.

You Made Me Cry And Laugh!

The tone of Five Nights at Freddy's: Sister Location is rather different than what came before it. Most of the time you will be a victim of a jump scare and that is to be expected. However, this game tries to be both scary and funny at the same time. Your robot pal at the start of the game has a dry sense of humor and in this way, I feel the game is trying to be like Portal with its humor. Then just a short while later you will have something that is like out of a horror movie. It sometimes works, but I am not sure if they would have been better just going all-in with the dark humor rather than trying to shoehorn in those horror elements as well.

I like that Five Nights at Freddy's: Sister Location tries very hard to change things up. The way that no two nights are the same really does keep you on your toes. However, while some of the ideas are great here, I feel that the unbalanced difficulty and the way the game is not sure if it wants to keep its horror roots or go for something more comedic does let it down a tad. 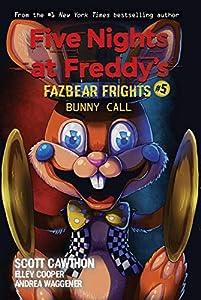