The term food chain refers to the sequence of events in an ecosystem, where one organism eats another and then is eaten by another organism. It starts with the primary source, like the sun or hydrothermal vents, where producers make food, continues with consumers, or animals who eat the food, and ends with the top predator.

Homework for Wednesday, May 9th. The term food chain refers to the sequence of events in an ecosystem, where one organism eats another and then is eaten by another organism. It starts with the primary source, like the sun or hydrothermal vents, where producers make food, continues with consumers, or animals who eat the food, and ends with the top predator.

Here, we have brought together a collection of examples of food chains for you to study. Food chains are the basic unit of any ecosystem, connecting with one another to form the food webs that map the interactions of life on Earth.

Land-based food chains represent the most familiar forms of nature to humans. Everything ultimately derives its energy from the sun, and most food chains follow the pattern 'herbivore, carnivore, maybe another carnivore or two, apex predator.' But there is an almost endless diversity within that pattern and even a few chains that break it.

One fascinating break in that pattern is the omnipresent decomposer. Organisms ranging from bacteria and maggots to the noble cockroach feed on the dead, and in doing so break them down into the nutrients that keep the food chain going. By eating and excreting, decomposers return the nutrients of dead organisms to the soil, which nourishes the plants that start the chains all over again.

Aquatic food chains are where things get interesting. Much of the ocean remains unexplored, and food chains in water-based environments are often complex and surprising to us land-dwellers. The most famous example is chemosynthesis, which we'll cover later. But even the aquatic food chains that follow expected patterns can be fascinating.

Decomposers play a crucial role here too, as aquatic decomposers distribute nutrients not just into the soil, but throughout the water column, feeding the plankton that form the base of all aquatic food chains. 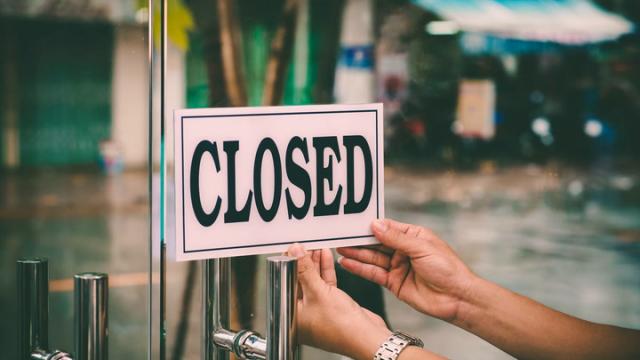 Until the 1970s, it was accepted scientific fact that all energy on Earth comes from the sun. Every food chain was based on plants turning sunlight into energy. Then, deep-sea submersibles discovered whole ecosystems that existed in the darkest depths of the ocean.

There, microbes that never saw the sun derived nutrients from compounds vented into the water from deep in the Earth's crust and produced chemicals that supported whole new food webs never dreamt of on the surface. That's chemosynthesis. Here are some examples.

The Circle of Life

All plants and animals are part of a food chain. These examples of food chains are only a small part of the vast food webs that span our world. They simply represent the variety of plants and animals, and the complexity of interactions, that make up the amazing diversity of life on Earth.

Now you've learned about life on Earth, read up about the landforms that make up the Earth's surface.

The food chain is a series of living beings that depend on each other as a source of food. At the bottom of the food chain, the herbage, are the producers. All the other organisms above the producer are consumers.

In economics, the food chain is the series of processes by which we grow, sell, and eventually consume food.

This article focuses on the term when it refers to organisms that depend on each other as a source of food.

According to the Khan Academy:

“A food chain is a linear sequence of organisms through which nutrients and energy pass as one organism eats another.”

“In a food chain, each organism occupies a different trophic level, defined by how many energy transfers separate it from the basic input of the chain.”

Crack coreldraw 2019 windows 10 64-bit. Plants are at the bottom of the chain, i.e., that’s where it all starts. Plants get their energy from sunlight.

We call plants ‘producers’ because they produce their own food. They do not consume other living organisms.

Animals, including humans, on the other hand, are consumers. We do not make our own food, i.e., we consume it. Animals either eat plants, other animals, or both.

Humans, dogs, and pigs, for example, are omnivores. We eat both plants and other animals.

A predator is higher up the chain than its prey. Whatever the prey eats is further down the chain.

Let’s imagine a pack of wolves, some sheep, and grass. The grass, i.e., the producer, is at the bottom. Slighter higher up than the grass are the sheep. The sheep eat grass.

The wolves do not eat the grass, but they eat the sheep. Therefore, the wolves are further up the chain than the sheep.

Nothing eats the wolves. Therefore, in that habitat, the top of the food chain consists of wolves.

The bottom of the chain consists of plants. That never changes. However, which animal is on the top of the chain depends on the habitat.

For example, the lion is on the top of the food chain in the grasslands and savannas of Africa. No animal eats the lion, but the lion eats gazelles, zebras, and other herbivores.

However, in the African grasslands, vultures, hyenas, and cheetahs are also on the top. No animal eats hyenas, cheetahs, or vultures.

In North America, the grizzly bear and mountain lions are on top of the food chain.

Our oceans have many predators on top of the chain. The great white shark and killer whale, for example, are the kings of the ocean. In the Arctic Circle, it is the polar bear.

In biology and ecology, we use the terms food web and food chain. Their meanings are different.

Many food chains make up a food web. A chain follows just one path from a plant to, for example, an eagle.

A food web shows the different paths in which producers, i.e., plants, and consumers, i.e., animals, are connected.

When talking about consumers in economics, we sometimes refer to a hierarchy as the food chain. In this context, ‘consumer’ refers to a person or organization that buys or hires goods and services.

This video explains what food chains are and the connection between living things.