This company is primarily known for making state of the art graphic processing units. However, this product revolutionizes gaming and the cloud at the same time!

The shakeup your computer needed

Play games on your Mac, PC or Shield TV and avoid using up hard drive space with GeForce Now.

One of the biggest issues with buying games is the lack of cross-platforming. If you buy a game on other platforms, for example, and you’re using the Windows version, you are unable to install it on a Mac, even if you use the same steam account for both. The GeForce Now fixes this issue and allows you to also play on the Shield TV.

When you set up this program; you can play one of over 200 pre-installed titles. The titles aren’t older titles people hated, rather you have access to Fortnite, Guild Wars 2, and Shadow of the Tomb Raider. If a title isn’t listed, you can import it from other libraries. This would enable you to run something like World of Warcraft on a Shield TV, without having to use an HDMI cord; and exploring the wilds of Azeroth on a 60” TV would be an incredible experience. 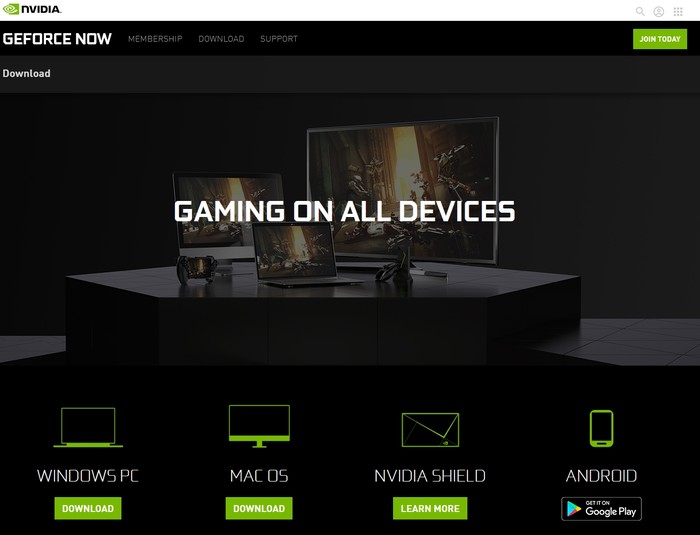 Because GeForce Now is also in beta mode, it’s free to install. Once the full version is released, people using this product must buy a subscription. Another issue with the software is that there are issues with latency, with a slight lag being noticed. This should only be an issue with users playing multiplayer games that require quick reactions like Player Unknown’s Battlegrounds.

This program is available on Macs using the 10.10 operating system or newer. There is also support for computers using a 64-bit version of Windows 7 or newer. Finally, you can play on the Shield TV because it’s an NVIDIA product.

No. Because it effortlessly syncs multiple libraries, GeForce Now is one of the best options out there.

GeForce now is valuable; it syncs multiple libraries, and that’s a function you won’t find easily. If you own a Shield TV, it becomes even more useful.

Yes! It has a lot of different features which gamers can enjoy. Because it’s still in beta mode, you can try this product for free.