In The Number Ones, I’m reviewing every single #1 single in the history of the Billboard Hot 100, starting with the chart’s beginning, in 1958, and working my way up into the present.

The late George Harrison’s creativity seemingly knew no bounds. However, on one bizarre occasion, a court of law found otherwise when they deemed the former Beatle guilty of ‘subconscious plagiarism’ on his track ‘My Sweet Lord’ — in what was a truly landmark case on August 31st, 1976. “My Sweet Lord” was originally intended for Billy Preston. In December 1969, George was playing in Copenhagen, Denmark with Delaney and Bonnie and Friends. Billy Preston was part of that group. Harrison told the court that the song that became “My Sweet Lord” was conceived when he slipped away from a press conference and began.

George Harrison was the George Harrison of the Beatles. This, presumably, was not an easy thing to be. Harrison was a bona fide star, a fascinating and omnivorous musical mind and a tremendous talent who happened to be in a band with two world-historical game-changing titans. In a lot of ways, Harrison was my favorite Beatle: the funniest, the most musically curious, by far the best-looking. He’s responsible for many of the twangy, snaky guitar lines and solos that add so much to so many of the great songs that he didn’t get any credit for helping to write. His influence subtly nudged the Beatles toward Motown, toward folk-rock, and toward Eastern mysticism. He was absolutely crucial to the Beatles’ success, and yet he was still the third horse in a two-horse race.

Harrison was the youngest Beatle, the Quiet One. He was almost never the focus of the band. He’d joined the Quarrymen, the pre-Beatles skiffle group, when he was just 15, and he’d gotten the Beatles’ first Hamburg residency shut down when he was deported for being too young to be in the clubs. As a songwriter, Harrison was still coming into his own as the band wound down. “Something,” arguably the last truly great Beatles single, was his. If the band had found a way to continue, it’s easy to imagine Harrison eventually taking his place alongside John Lennon and Paul McCartney, becoming a third partner. Instead, by 1970, Harrison’s profile was in an almost incomprehensible place. Think of it: George Harrison was probably one of the 40 most famous people on the planet, and yet he couldn’t help but be overshadowed by the two guys who had been his co-workers since they’d all been teenagers. 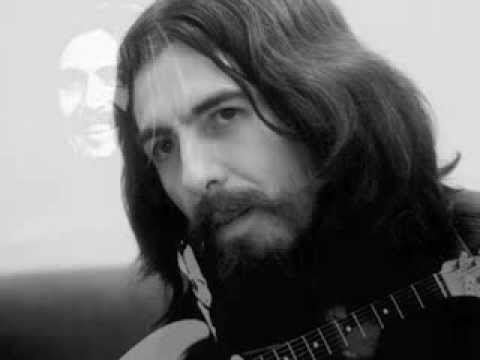 So I like to imagine All Things Must Pass, Harrison’s first move after the Beatles’ breakup, as his grand declaration of self, his big statement that nobody would ever overshadow him again. This guy got Phil Spector to co-produce a triple album full of nothing but shaggy all-star jams. And as his first single, he attempted to put forth the idea that all religions, all belief systems, are the same thing. Pretty ambitious! Imagine if John Paul Jones or Izzy Stradlin or Lance Bass or Michelle Williams had tried something like that.

From a certain perspective, “My Sweet Lord” is among the most radical #1 hits in history of the Hot 100. The lyrics, at least on a surface level, are simple enough: Harrison wants to see God, wants to know God, but it’s hard and it takes a long time. Probably every kind of religious music has expressed some variation of that idea again and again — the longing for transcendence, the frustration of not yet having it. But Harrison does this by fusing the iconography of his Christian upbringing with that of the Hinduism that he’d come to embrace later in life. The backing singers start out chanting “Hallelujah” and move on to “Hare Krishna” — same inflections, same cadence, essentially erasing any boundaries between the two. For Harrison, they were the same thing.

In structure, too, Harrison set out to fuse traditions. “My Sweet Lord” has a pop melody, but it doesn’t have a pop structure. It’s the same couple of phrases repeated over and over, with variations. Harrison got that from black American gospel music, a huge and overt influence on “My Sweet Lord,” and he also got it from Hindu mantras. Again, to him, the two meant the same thing.

Harrison wrote the song in Copenhagen, late in 1969. He, Billy Preston, and Eric Clapton were all special guests on the American duo Delaney & Bonnie’s European tour, and so they were all hanging out together. The Beatles hadn’t yet officially broken up, and Harrison didn’t know his next move, so he gave the song to his old friend Preston. Preston recorded his version first, and he released it first, too. Preston’s version of the song, recorded in London with the Edwin Hawkins Singers and the Temptations’ backing band, is both harder and more ebullient than the one Harrison eventually recorded. It’s closer, in form and spirit, to the gospel music that Harrison wanted to evoke. But Preston’s version of the song never had anything like the impact of Harrison’s. (Preston’s version peaked at #90, and only after Harrison’s take blew up.)

Harrison recorded his version at Abbey Road a few months later, co-producing it with Phil Spector. There’s no official list of credits, and Harrison and Spector might have combined the tracks from a bunch of different takes, so we’ll probably never know for sure who all played on “My Sweet Lord.” But even without an official record, there were a lot of famous people involved in making this song. Billy Preston, Eric Clapton, Ringo Starr, and all four members of Badfinger definitely played on the song. Peter Frampton and Gary Wright might have been on it, too. There’s even one report that John Lennon played rhythm guitar, though Lennon later drily made fun of the song: “Every time I put the radio on, it’s ‘Oh my Lord.’ I’m beginning to think there must be a God.”

Harrison’s version of the song is warm and almost sedate. It sounds big in that impressive-cathedral sort of way, all these voices and instruments just barely audible in the mix. It makes for a fascinating collision of styles — the overwhelming echo of Spector’s wall of sound production, as applied to the sort of oblique and countrified folk-rock ramble that Harrison’s buddies Bob Dylan and the Band were doing at the time. Harrison plays slide guitar on the song, a weird but nice complement to the church-bell bongs that were a Spector trademark. The song builds and builds, but it never forces itself out of its easy, balmy groove.

“My Sweet Lord” is pretty, and a lyrically radical song probably has to be pretty to catch on the way “My Sweet Lord” did. In America, a few fundamentalist-Christian types denounced the song, but more Christians accepted it readily as worship music, either ignoring the “Hare Krishna” stuff — a lot of covers of the song leave in the “Hallelujah” but omit the “Hare Krishna” — or accepting it as part of the whole. Through implication, the song made some big statement about universality and about a need for global spiritual connection — something that’s at odds with Christianity as it’s often practiced over here. And the song still resonated widely, maybe because the music itself isn’t confrontational. It’s reassuring. It’s familiar.

About that familiarity: We are now about to get into the most famous thing about “My Sweet Lord.” Harrison has said that he was thinking about the gospel traditional “Oh Happy Day” when he wrote “My Sweet Lord.” But almost immediately after it came out, people started to recognize something else about the song. Melodically, it was almost identical to “He’s So Fine,” the #1 single that the late Ronnie Mack wrote for the Chiffons in 1963.

The 23-year-old Mack had died suddenly when “He’s So Fine” was still #1, so we never got to learn how he felt about George Harrison writing a song with his “He’s So Fine” melody. But Bright Tunes, the publishing house established by “He’s So Fine” producers the Tokens, owned the rights to “He’s So Fine,” and they sued Harrison for plagiarism. Harrison tried to settle the lawsuit a bunch of times, but Bright Tunes always turned him down.

The lawsuit went on for years, with the different sides bringing in different experts to argue their case. Allen Klein, the former Beatles manager, made attempts to outright buy Bright Tunes. Later on, Klein and Harrison split bitterly, and Klein started helping out Bright Tunes with their side of the case, bringing any inside-info ammo he could find on Harrison. As all of this was happening, the Chiffons, in a deviously beautiful troll-move, released their own 1975 cover of “My Sweet Lord,” and it’s pretty good.

Eventually, in 1976, Judge Richard Owen ruled in favor of Bright Tunes. Owen said that he didn’t believe that Harrison had intentionally ripped off “He’s So Fine” but that Harrison had subconsciously plagiarized the song. In the end, Harrison’s intentions didn’t matter. The court ruled that he owed $1.6 million to Bright Tunes – 75% of the proceeds from “My Sweet Lord,” as well as a chunk of Harrison’s All Things Must Pass money. Later on, that amount changed again and again. Klein finally did buy Bright Tunes, and lawsuits between Harrison and Klein went flying back and forth. The whole mess wasn’t ultimately resolved until sometime in the ’90s.

But the thing is: Harrison really did bite “He’s So Fine.” Lennon later speculated that there had been nothing accidental about it: “He must have known, you know. He’s smarter than that… Maybe he thought God would just sort of let him off.” And even if Harrison hadn’t realized what he’d done, Phil Spector was right there, and he would’ve known the Chiffons song; it had been his competition. This wasn’t a Robin Thicke/Marvin Gaye situation where a court of law had to adjudicate vague matters of influence. Accidental or not, “My Sweet Lord” is a straightforward rip.

So what do we do with all this? “My Sweet Lord” is a well-intentioned message song, one that probably helped a lot of people and maybe altered a few perspectives. It represents a whole lot of talent coming together at a fascinating fulcrum point of pop-music history. It also takes a bright, gleaming girl-group pop song and transforms it into something vaguely, fuzzily spiritual. For me, the whole saga of “My Sweet Lord” is more interesting than the song itself. In the end, all the different parts of that story cancel each other out in my brain, and I end up thinking of “My Sweet Lord” as an amiably pleasant song, one that nicely fills the air without getting me any closer to God.

BONUS BEATS: Here’s Nina Simone’s firebreathing 19-minute 1972 gospel reimagining of “My Sweet Lord,” which she combines with David Nelson’s poem “Today Is A Killer” and which she recorded live in front of an audience of black servicemen at Fort Dix:

BONUS BONUS BONUS BONUS BEATS: Here’s the moment from 2017’s Guardians Of The Galaxy Vol. 2 where Star-Lord first arrives at his father’s planet and “My Sweet Lord” plays on the soundtrack:

more from The Number Ones