When you use the current branch of Configuration Manager, you can install the in-console update for version 2010 to update your hierarchy from a previous version.

How To Installing Windows 7

After your hierarchy downloads the update package from Microsoft, find it in the console. In the Administration workspace, select the Updates and Servicing node. 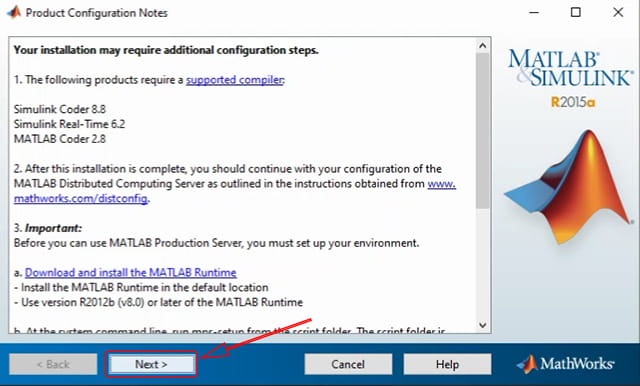 When a site server installs the update, it automatically updates all of the site system roles. These roles are on the site server or installed on remote servers. Before installing the update, make sure that each site system server meets the current prerequisites for the new update version.

When you install an update at the CAS, be aware of the following limitations and delays that exist until all child primary sites also complete the update installation:

As of December 11, 2020, version 2010 is globally available for all customers to install. If you previously opted in to the early update ring, watch for an update to this current branch version.

All sites run a supported version of Configuration Manager

Each site server in the hierarchy must run the same version of Configuration Manager before you can start the installation of update 2010. To update to 2010, you must use version 1906 or later.

Review the status of your product licensing

You must have an active Software Assurance (SA) agreement or equivalent subscription rights to install this update. When you update the site, the Licensing page presents the option to confirm your Software Assurance expiration date.

This value is optional. You can specify as a convenient reminder of your license expiration date. This date is visible when you install future updates. You might have previously specified this value during setup or installation of an update. You can also specify this value in the Configuration Manager console. In the Administration workspace, expand Site Configuration, and select Sites. Select Hierarchy Settings in the ribbon, and switch to the Licensing tab.

This installation can put the site system server into a reboot pending state and report errors to the Configuration Manager component status viewer. Additionally, .NET applications on the server might experience random failures until you restart the server.

Review the version of the Windows ADK for Windows 10

The version of the Windows 10 Assessment and Deployment Kit (ADK) should be supported for Configuration Manager version 2010. For more information on supported Windows ADK versions, see Windows 10 ADK. If you need to update the Windows ADK, do so before you begin the update of Configuration Manager. This order makes sure the default boot images are automatically updated to the latest version of Windows PE. Manually update any custom boot images after updating the site.

Install a minimum version of SQL Server 2012 Native Client, which includes support for TLS 1.2. For more information, see the List of prerequisite checks.

Review the site and hierarchy status for unresolved issues

A site update can fail because of existing operational problems. Before you update a site, resolve all operational issues for the following systems:

For more information, see Use the status system.

Make sure that file and database replication between sites is operational and current. Delays or backlogs in either can prevent a successful update.

Use RLA to answer the following questions:

If there's a backlog, wait until it clears out. If the backlog is large, such as millions of records, then the link is in a bad state. Before updating the site, solve the replication issue. If you need further assistance, contact Microsoft Support.

For file-based replication, check all inboxes for a backlog on both sending and receiving sites. If there are lots of stuck or pending replication jobs, wait until they clear out.

I Finished Installing Windows 7 Lobster Productions Near Me

Before you install the update, disable any site maintenance task that might run during the time the update process is active. For example, but not limited to:

Create a backup of the site database

Before you update a site, back up the site database at the CAS and primary sites. This backup makes sure you have a successful backup to use for disaster recovery.

Back up customized files

If you or a third-party product customizes any Configuration Manager configuration files, save a copy of your customizations.

For more information, see Upgrade clients and How to test client upgrades in a pre-production collection.

Plan to use service windows

To define a period during which updates to a site server can be installed, use service windows. They can help you control when sites in your hierarchy install the update. For more information, see Service windows for site servers.

If you extend Configuration Manager with other products from Microsoft or Microsoft partners, confirm that those products support version 2010. Check with the product vendor for this information. For example, see the Microsoft Deployment Toolkit release notes.

The hybrid MDM service offering is retired as of September 1, 2019. If your Configuration Manager site had a Microsoft Intune subscription, you need to remove it. For more information, see Remove hybrid MDM.

For more information, see the section to Run the prerequisite checker before installing an update in Before you install an in-console update.

You're now ready to start the update installation for your hierarchy. For more information about installing the update, see Install in-console updates.

You may plan to install the update outside of normal business hours. Determine when the process will have the least effect on your business operations. Installing the update and its actions reinstall site components and site system roles.

After the site updates, use the following checklist to complete common tasks and configurations.

Confirm version and restart (if necessary)

Make sure each site server and site system role is updated to version 2010. In the console, add the Version column to the Sites and Distribution Points nodes in the Administration workspace. When necessary, a site system role automatically reinstalls to update to the new version.

In the Configuration Manager console, go to the following locations to view the status, and make sure that replication is active:

Update all remote Configuration Manager consoles to the same version. You're prompted to update the console when:

If you disabled database maintenance tasks at a site before installing the update, reconfigure those tasks. Use the same settings that were in place before the update.

Update clients per the plan you created, especially if you configured client piloting before installing the update. For more information, see How to upgrade clients for Windows computers.

Use the Update Distribution Points action for any boot image that you use, whether it's a default or custom boot image. This action makes sure that clients can use the latest version. Even if there isn't a new version of the Windows ADK, the Configuration Manager client components may change with an update. If you don't update boot images and media, task sequence deployments may fail on devices.

After updating the site, manually update any custom boot images. This action updates the boot image with the latest client components if necessary, optionally reloads it with the current Windows PE version, and redistributes the content to the distribution points.

Windows Setup scripts: Setupcomplete.cmd and ErrorHandler.cmd are custom scripts that run during or after the Windows Setup process. They can be used to install applications or run other tasks by using cscript/wscript scripts.

Windows Unattend scripts: Create an Unattend.xml file with one of these settings to run during the Windows Setup process. This can be used with OEM product keys.

Some of these settings run in the user context, others run in the system context depending on the configuration pass.

Run a script after setup is complete (SetupComplete.cmd)

This script is useful when you're installing many systems at the same time. This helps you detect when an error occurs during Windows Setup. When it does, Setup automatically runs a script that can contain custom commands or actions to address the cause of the error.

If Windows Setup encounters a fatal error and is prevented from completing the installation, Windows Setup searches for a command script in the following directory: %WINDIR%SetupScriptsErrorHandler.cmd. One of two actions will occur, depending on whether the script is found.

Depending on the phase of Windows Setup, the computer will return to the environment from which Windows Setup was executed, such as an earlier version of the operating system or Windows Preinstallation Environment (Windows PE), for example.

To use ErrorHandler.cmd, you can do either of the following: