For more than a decade the blogosphere has touted the power and promise of social media (this blog included), but there is also a downside to using social media for your nonprofit. Granted, the positives do outweigh the negatives, but it is important to step back occasionally and take a critical look at how social media is impacting nonprofit technology at your organization as well as your digital staff. Beyond the power and promise, nonprofit technology needs to produce results that can be quantified and that’s becoming harder to do in respect to social media.

About the Curriculum. Bring Your ‘A’ Game is an engaging curriculum for building the seven foundational workplace skills of Work Ethic. Unlike boring training programs, this curriculum is instructor-led, interactive, and consistently delivers lasting impact. I am not going to, I did it, three years ago and this is.my. site where I can say whatever.I. want. Things you don’t have to like, like you don’t have to visit my site if you don’t like it. If you want the site to be run in a different way, either come on board fully and commit to it like I have, or create your own, it’s very easy.

1. Nonprofits have spent years promoting Facebook and get rewarded with a 3% organic reach.

For more than a decade the blogosphere has touted the power and promise of social media (this blog included), but there is also a downside to using social media for your nonprofit. Granted, the positives do outweigh the negatives, but it is important to step back occasionally and take a critical look at how social media is impacting nonprofit technology at your organization as well as your. Tried to manually start from the game file.-verified the integrity of the game files.-deleted (cleared) steam download cache. made sure every driver is up to date in my lap top-deleted the games files and re downloaded it all over again rested the game, steam, the computer, myself. Not a single thing worked for me! Ancient Roman Theatre - Milos: Important Historical Site Close to Catacombs - See 263 traveler reviews, 182 candid photos, and great deals for Tripiti, Greece, at Tripadvisor.

Millions of nonprofits worldwide have been asking supporters and donors to “Follow Us on Facebook!” or “Like Our Facebook Page!” for nearly a decade. We’ve emailed, we’ve tweeted, we’ve given shout outs at events, and prominently placed calls-to-follow in our print materials. Our sector has provided billions of dollars of free advertising for Facebook. Our reward? An approximate 3% organic reach (and still no Google Adwords-like advertising program for nonprofits). Facebook’s organic reach is equivilent to sending 100 donors a fundraising email and having 97 of them classified spam and consequently blocked. That’s a wasted use of time and resources and that’s how many nonprofits are feeling these days about Facebook. Yes, Facebook’s new donation tools could be awesome, but only if we promote the donation tools to our supporters and donors which many nonprofits are unwilling to do at this point. With reason, nonprofits are skeptical of Facebook’s motives and long-term objectives. 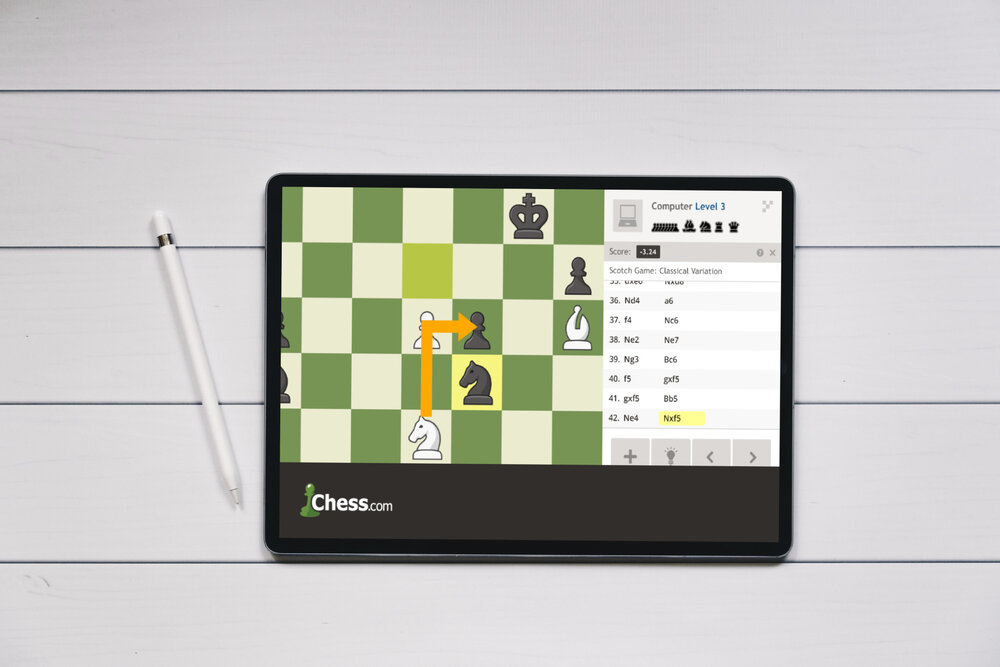 If you have manged to get through your morning cup of coffee without having seen an elephant murder crime scene, an injured, sad-faced puppy, or a child ravaged by war, then that’s a morning of blissful ignorance. Nonprofit social media managers live in a social media bubble of depressing tweets and posts and while we’ve chosen this profession, the toll of such content on your mental health and general outlook on humankind is real and needs to be managed.

Twitter is making a concerted effort to cut down on Twitter trolls, but nonprofit social media managers who spend their days (and some nights) tweeting their hearts out for the greater good are sometimes targeted by nonsensical, ranting weirdos. If you’ve been using Twitter for awhile, then you know the best response is to block and ignore. Nonetheless, Twitter trolls are annoying and if your skin is still thin, it’s easy to take them personally. Don’t. Just block and forget.

4. Nonprofits have to pay full price for advertising on social media.

Nonprofits couldn’t expect social media to be free forever. Social networks are for-profit enterprises and their revenue models are almost entirely based on advertising revenue. But $3 for a click-though on an ad?! That’s what Nonprofit Tech for Good embarrassingly paid for a sponsored ad on LinkedIn. Unless you are an advertising expert that knows the all tricks and tweaks of social advertising (which could take thousands of dollars in practice), advertising on social networks can be expensive. Nonprofits shouldn’t expect free advertising, but a generous discount offered by Facebook, Twitter, LinkedIn, Pinterest, etc. allocated to a corporate social responsibility program is a win-win for all involved.

5. The Next Big Thing in social media has no tangible ROI.

Snapchatis the Next Big Thing of 2016 and though it’s all the rage in the social media blogosphere, there’s absolutely no tangible ROI in using it. You can’t link to your nonprofit’s website or accept donations through the app. Your Snapchat friends can’t even view your past snaps unless they have saved them as Memories (and why would they do that?!). Yes, Snapchat is good for branding among 18-30 years olds if your Snapchat Stories are awesome, but if they aren’t, Snapchat could actually be hurting your brand. That said, if Snapchat has longevity, then the early adopters will be rewarded and Snapchat is trying to make their app more marketing friendly, but if your nonprofit is just getting started on Snapchat, you should have reasonable expectations of low to no ROI.

6. The last Next Big Thing still has no tangible ROI.

Instagram was the Next Big Thing in 2015 and tangible ROI still remains illusive despite the fact that four in ten nonprofits worldwide now use Instagram. Your nonprofit will get more likes and comments on Instagram than any other social network and if engagement simply for the sake of engagement on social media is a priority for your nonprofit, then Instagram is useful. But ROI is minimal in the traditional sense. Only .003% of referral traffic to Nonprofit Tech for Good comes from Instagram which means very, very few (if any) of our Instagram followers have registered for a free webinar or downloaded our Global NGO Online Technology Report. Instagram is fun and in time new features could be added to increase the ROI – that’s what we have all been hoping and waiting for – but as of today its unlikely that your nonprofit is gaining new donors from using Instagram.

7. You are not a videographer or broadcast reporter, but to be good at the Next Big Things you have to be.

Current trends in social media – Facebook Live, Periscope, Snapchat, Instagram Stories – require that your social media manager be effective behind and in front of the camera. Without training, that’s no easy feat. Live reporting requires an advanced skill set, lots of practice, and plenty of free time to experiment, fail, and succeed. Most nonprofit social media managers can barely keep up with Facebook, Twitter, and Instagram, so early adoption of the Next Big Things is becomingly increasing difficult.

Countless nonprofits have gotten so caught up in the buzz and potential of social media that they have neglected other, more ROI-producing tools, such as email and crowdfunding. It’s a very common mistake that nonprofits – especially small nonprofits – need to rectify immediately. If your nonprofit only has 5,o00 fans on Facebook and you are posting everyday, yet your nonprofit only manages to send an email to supporters and donors once a month, then your organization needs to seriously rearrange your online priorities.

If your nonprofit always feels one step behind in the social media space, then it’s likely that you are. Social media has definitely become Pay-to-Play. To increase reach on Facebook, you need to pay for sponsored updates. To get Instagram followers to visit your website, you have to pay for Instagram advertising. And to excel at telling Snapchat Stories and using Facebook Live and Periscope, your nonprofit needs a paid social media professional that can invest time and resources into advanced social media. That’s the Catch 22 of your nonprofit using social media today. You need to spend money to be good at it and most nonprofits just don’t have the financial resources or the will to budget the funds necessary.

11. Posting on social media day after day can become monotonous and boring.

Early adopter social media practitioners have been posting Facebook updates and sharing tweets for a decade. Write message, add a link, upload a photo, post. Repeat. Thousands of times. Repeat. Repeat, Repeat. Google+, Pinterest, Tumblr, and LinkedIn added some variety, but doing the same thing day after day, year after year can become monotonous and boring. It’s one of the reasons why Instagram Stories and Snapchat Stories are so popular right now. You can add florescent writing, emojis, and face swaps and you can’t share links. That’s new and different, but it’s the marketing conundrum of 2016. Non-monotonous and exciting social media trends intentionally shun traditional marketing thus traditional marketing ROI.

The Ice Bucket Challenge. We are all very happy for the success that the ALS Association achieved, but that success can not be duplicated. It came down to someone having a good idea at the exact right time and being able to communicate that idea effectively online. Someone else in the future will also have a good idea at the exact right time and communicate it effectively online and experience virality, but that will only happen to .0000001% of us. So, for the rest of us nonprofit social media professionals, just keep on keepin’ on and do your best. P2p sharing apps. The world thanks you and social media needs you.

The survey for the 2017 Global NGO Online Technology Report is now available in English, French, and Spanish. Your participation and promotion of the survey is greatly appreciated. With your help, we can reach this year’s goal of 10,000 respondents.