This year marks the tenth anniversary of Kanye West’s My Beautiful Dark Twisted Fantasy (MBDTF). The album debuted straight at No. 1 on the Billboard 200 and was considered an instant classic by listeners and critics alike. It features the singles “Power,” “Runaway,” “Monster” and “All of the Lights.”

Betway analyzes why the album is still his best work after he nearly tarnished his reputation when he rushed the stage at the 2009 VMAs and interrupted Taylor Swift. However, he emerged a year later with what he calls his “apology record.”

On the performance side, the album became West’s fourth in a row to top the Billboard 200, selling 496,000 copies in the US in its first week. It obtained a 94 out of 100 at Metacritic, the fourth-highest score of any hip hop album in history. It received seven points higher than his debut, The College Dropout. It was also highly regarded by some of music’s biggest entertainers. Elton John called it “a genius record,” while Paul McCartney said, “That was the record of Kanye’s that I really envied.” Comedian Chris Rock called MBDTF, “The best album of the last 50 years. It’s got something for everybody.”

West spent meticulous hours upon hours planning and recording the project, including 14 hour days in the studio and by having a strict no social media policy. Fifty-two songwriters were featured through the album’s 13 tracks. Nineteen engineers were used with 11 producers putting their touches on the tracks.

The rapper estimates that “Power” took “5,000 man hours” alone to produce, and claims to have put as much energy to the other 12 tracks. The album featured 11 collaborators, including Jay-Z, John Legend, Nicki Minaj and Bon Iver frontman Justin Vernon. West also used another 18 additional vocalists, including Rihanna, Charlie Wilson, Alicia Keys, Drake and Elton John, all of whom made uncredited appearances on “All of the Lights.” Twenty musicians also contributed to the project with four only providing handclaps. 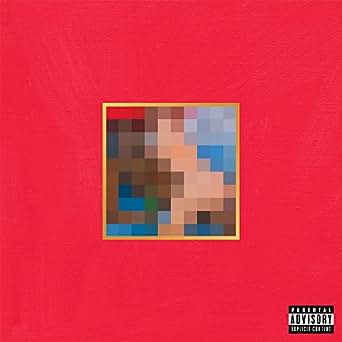 The album has had a lasting influence in the hip hop community. It pushed the genre forward by taking rap in a new direction and production values, sampling and collaborations to new heights. Minaj’s debut album Pink Friday dropped the same day as MBDTF, topping the Billboard 200 in its 11th week. Fellow rappers, such as Rick Ross, said Minaj gained their respect from her song-stealing verse on “Monster.”

West has released nine albums to date, but this analysis shows why My Beautiful Dark Twisted Fantasy is Kanye West’s opus.

Buddy Iahn founded The Music Universe when he decided to juxtapose his love of web design and music. As a lifelong drummer, he decided to take a hiatus from playing music to report it. The website began as a fun project in 2013 to one of the top independent news sites.