Leawo Blu-ray Creator is the most practical Blu-ray burning software to convert video to Blu-ray/DVD discs, folders and/or ISO Image files, and burn photos to Blu-ray/DVD slideshow easily on your computer. Meanwhile, it is an ISO image burner that could help you burn ISO image file to DVD/Blu-ray disc.

Leawo Blu-ray Player, previously available for $50, has been turned into a free program. From it's official website, we list its main features below:

• Play Blu-ray disc of all regions even that comes with different disc protections;

• Play DVD disc from region 0 to 6, even with CSS protection;

Actually, almost all Blu-ray player programs own these feature to play Blu-ray, DVD, and common video/audio on computer. So, the most attractive point of Leawo Blu-ray player might be free. We have downloaded it and did a test with it.

The installation is the same with other program. Do not have the spyware and ads. Then we comes to a clean and intuitive interface.

Note: The default interface doesn't have 'Open Disc' option. You have to insert your Blu-ray/DVD disc into your computer. After you computer recognize it, you disc will appear on the main interface.

Click on the disc and it will prompt the attention that 'Mouse operation on disc menu is not applicable now. Please try to use Virtual Remote Controller or keyboard'. After you choose 'Yes', you can select the subtitle and go the the Blu-ray menu, which comes from the source disc. From the menu, you can choose to play the main movie, select scenes, play bonus features of the movie, etc.

It takes 32 seconds to load this Blu-ray disc. And when loading this disc, the CPU it took to run is too high.

Well, now we can enjoy this Blu-ray movie on the computer with Leawo Blu-ray Player. When the movies plays to the 12 minutes, it froze and I can't even close it. We wait for a long time to let it recovery to play but it failed.

Then, we restarted this program and repeat these steps to play another disc. However it also crashed. After we tried several times, it only played one disc successfully.

In addition, there is however an annoying pop-up whenever you pause a movie asking if you want to 'copy and backup the disc' - an advertisement for other Leawo software.

That's all for our test to play Blu-ray disc with Leawo Blu-ray Player. We also played some video and audio files with it, it just work good, without any problems. The DVD disc playback also have the same problem that it crashes most of the times.

The Pros and Cons of Leawo Blu-ray Player

According to our test, we summed up the advantages and disadvantages of Leawo Blu-ray Player. Just follow use to see it.

#3. Powerful DVD/Blu-ray menu from source disc to control the playback.

#1. It has ads to recommend their software after paused the playback.

#3. It uses too much CPU of your computer when using this program.

You should know that free options always have its limitations. Leawo Blu-ray Player is not stable and you can't watch your Blu-ray movie smoothly. The crashes will drive people crazy.

The VideoSolo Blu-ray Player also have all the main features that Leawo Blu-ray Player owns. It can plays Blu-ray disc, DVD disc and common video/audio files on computer. Also, it can provides a Blu-ray/DVD menu for playback control.

You don't need to worry about the crashes. The stable performance can help you play the DVD/Blu-ray disc smoothly. There is a free trial version which allows you to evaluate it.

Step 1. Launch the VideoSolo Blu-ray Player and you'll come to the intuitive interface.

Step 2. Insert your DVD/Blu-ray disc to your external drive and go back to the program and select 'Open Disc' button after the computer reads the disc successfully.Note: To read the Blu-ray disc, you have to use a Blu-ray drive. The default drive of computer is a DVD drive.

Step 3. Usually, the program can load the disc successfully. You just need to enjoy it on your computer. It won't crash like the Leawo Blu-ray Player. But sometimes, it will also fail to load DVD/Blu-ray disc due to the DVD/Blu-ray copyright protection.

Though Leawo Blu-ray Player is free, it's not a good option for playing Blu-ray disc on computer. It needs to be improved on the disc loading and playing side of things as it is always crashes. If you want to enjoy your movie with more ease, then VideoSolo Blu-ray Player is the better choice.

Promo Code infoThis coupon code: EEE4EC8696 with 20%-62.2% off and cross-sell discount 30% off (Get it now) is only valid on moyeamedia.com.Get more Coupon Codes… 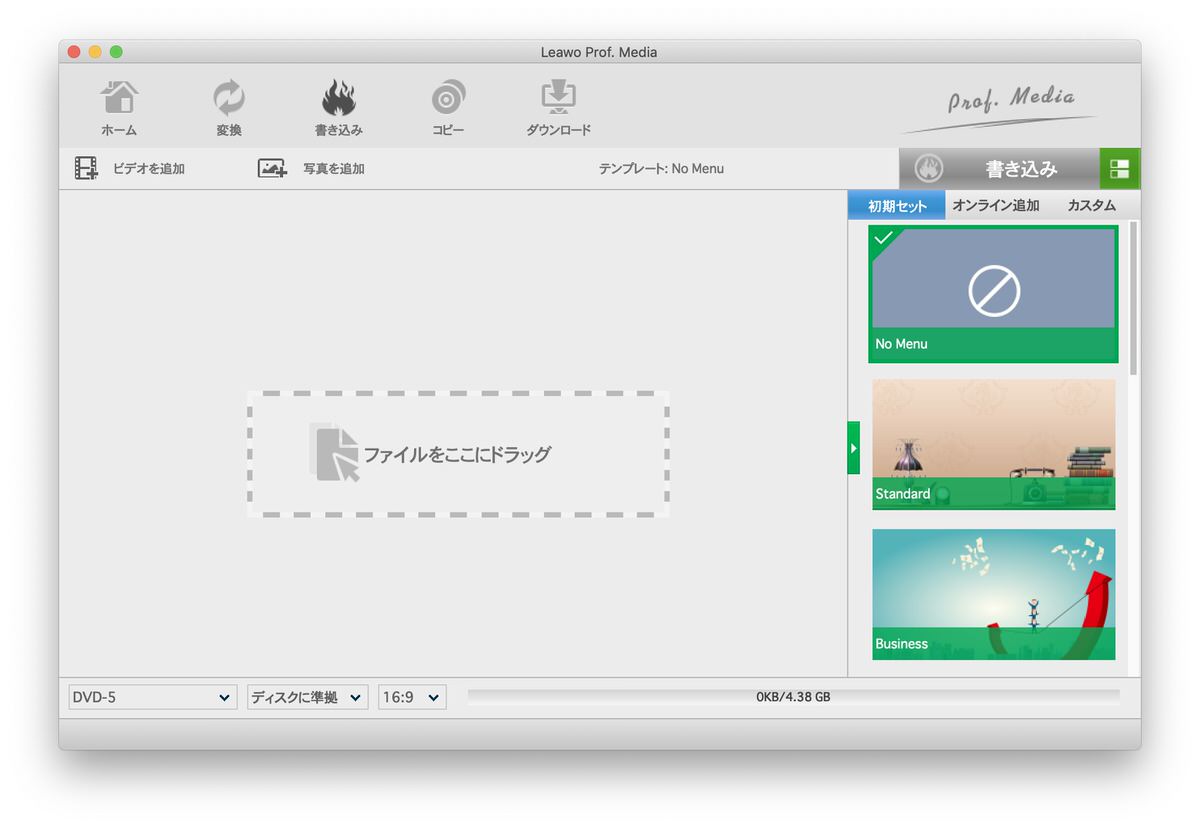 Volume DiscountWe offer special discount prices for volume orders. Save up to 20%-62.2% off and cross-sell discount 30% off by purchasing multiple licenses with the coupon code: EEE4EC8696 Detail shows as below:

Note: Please fill the number you want to order into the quantity blank on shopping cart. (1 is default)

If The Coupon Code Is Not AvailableIf the Coupon Code doesn't work, Please bookmark this page first, then clear the cookies of your browser, and then restart your browser again or try to use another web browser,

Verdict:
It is a powerful tool for converting Blu-ray to various video/audio formats for playback on your Apple TV, Xbox, or other players and your pc. Though the conversion speed of it is not so fast, yet the quality of outcome is quite excellent.

Features-5/5
Leawo Blu ray ripper for Mac is an integrated utility of Blu-ray ripper plus DVD ripper for Mac users to rip Blu-ray on Mac and rip DVD on Mac to various formats such as Blu-ray to AVI, Blu-ray to MP4, Blu-ray to MKV, etc. and portable media players to watch Blu-ray movies on computer or any portable devices. Its built-in decrypter can decrypt Blu-ray with latest MKB level and CSS-DVD. Besides, the ability to edit Blu-ray DVD while ripping Blu-ray DVD will enhance the output quality. 2D to 3D conversion is also allowed users to freely enjoy 3D Blu-ray movies. Other awesome user-friendly features are offered, like batch conversion, inlaid player for video preview, preference settings…
Leawo Blu ray ripper for Mac will make your Blu-ray conversion as easy as pie.

How do we review and rate Leawo Blu-ray Ripper for Mac
Decryption Power - 5/5
This Blu ray Ripper Mac supports to decrypt Blu-ray disc with the latest MKB protection including BD+ Blu-ray disc. Commercial CSS-DVD protection can be cracked easily as well.
Output Quality- 5/5
The output video quality of Leawo Blu ray ripper for Mac is on par with those high-speed tiptop Blu-ray disc ripper, even better. It offers functions for editing and customizing output video, the quality of output videos could be personalized. For various demand, three quality modes available: Best, Medium and Low.
Speed-4/5
The conversion speed of Leawo Blu-ray ripper is moderate. However, this drawback could be ignored if you focus on output quality and features of a conversion tool.
Easy to Use-5/5
With user-friendly interface, operation and stunning output effect, Leawo Blu-ray ripper for Mac is welcomed among Blu-ray enthusiasts.
Support- 5/5
There are handful of brief, ineffectual FAQs and guides on the manufacturer's website. Online contact or live chat are provided, as well as discussion forums and email support.

No Side by Side Comparisons for this Product at Present