There is a growing need for Lithuanian to English document translation services and for certified translation to Lithuanian of Apostilled documents. The Lithuanian language is the official state language of Lithuania, one of the official languages of the European Union, and is formally recognized as one of Poland’s minority languages. More than three million people speak Lithuanian around the world.

While the U.S. is not chock full of Lithuanian speakers, the ones that are here don’t necessarily speak perfect English. In fact, according to census data, a whopping 10% of the Lithuanian speakers living in the U.S. say that they don’t speak English “well” or “at all”. So, even if your business ventures don’t take you outside the U.S., you still may need a Lithuanian to English translation service at some point.

No matter where — or why — you need a Lithuanian translator, you need to hire a good one. That means you need a little bit of background knowledge before you make a decision.

For starters, there are two main dialects in the Lithuanian language. And like many languages, these dialects change depending on what part of Lithuania you’re in. Aukstatian — also known as Highland Lithuanian — is spoken primarily in the north, northeastern, southeastern, and southwestern sections of Lithuania. Samogitian — also known as LowLand Lithuanian — is not as widespread, and it’s mainly spoken in the northwestern portion of Lithuania. Both of these dialects have their own sub-dialects, which as you might expect, are also based on geography. 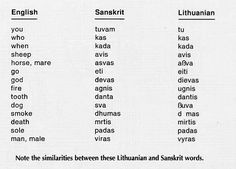 In the early 1900’s, the Lithuanian language was standardized. The Western Aukstatian dialect was used as the basis for Standard Lithuanian, but there are also bits and pieces of the Eastern dialect sprinkled in.

What does that mean for your Lithuanian translator? The region you’re conducting business in will play a huge role in the service that your Lithuanian translator can provide. Start by talking to your translator about the dialects that he specializes in. If, for example, he’s a whiz at Aukstatian but doesn’t have a firm grasp on Samogitian, you may not want him to handle your deposition in Klaipeda or your contract negotiation in Siauliai.
Additionally, the Lithuanian alphabet can be tricky, no matter what dialect you’re dealing with. That’s because some of the letters can have a variety of different ways that they’re pronounced. For example, the letter I can sound exactly like it does in English, or in certain situations, it can be completely silent. Vray maya mac crackclcsfr. Adding to the trickiness, many Lithuanian speakers tend to merge the sounds between long and short vowels.

What does that mean for your Lithuanian interpreter?

For your Lithuanian interpreter, that means listening very carefully. Without a carefully attuned ear, your translation services could be incorrect!

Something else a good Lithuanian interpreter will know to listen for is inflection. In the Lithuanian language, the words themselves don’t tell the entire story. Instead, the way that the speaker inflects them plays a huge role in the final message. In fact, the inflection the speaker uses can even differentiate between past and present tense. That’s a huge difference!

Even foreign names change when you’re speaking to someone in Lithuanian. For example, “London” isn’t just “London” in this language. Depending on what you’re saying about the city, it can be called “Londonas”, “Londono”, “Londonui”, “Londonai”, “Londona”, “Londone”, “Londonu”, or “Londonan”. And when you’re dealing with people’s names, they can be translated into Lithuanian altogether. For example, “Don Quixote” becomes “Don Kichotas” when his story is told in Lithuanian.

What about written correspondence? Is there anything you need to know before you hire a Lithuanian translator to handle your academic papers or legal documents?

Standard Lithuanian is taken very seriously. In fact, it is protected by several institutions, regulated by the Lithuanian Language Commission, and defended by the Law on Language. To native speakers, the language is a big part of who they are, which means your written correspondence must be taken it just as seriously. The only way to make it successful is to find a true document translation expert in Lithuanian to English translation.

How Lithuanian Language Related To English