This is a Bootable, Universal Install CD-ROM of Mac OS 9.2.2, US English. Suitable for G3 & G4 Macintosh models capable of booting from a Classic Mac OS via CD-ROM. Mac OS CPU Software 4.9, includes the Mac OS ROM file v9.2.1 Top DL : The 9.2.2 universal OS installer CD's archive is a.zip compressed.iso image. Mac OS 9 is the ninth and last major release of Apple's classic Mac OS operating system.Introduced on October 23, 1999, it was promoted by Apple as 'The Best Internet Operating System Ever', highlighting Sherlock 2's Internet search capabilities, integration with Apple's free online services known as iTools and improved Open Transport networking. While Mac OS 9 lacks protected memory and full. QEMU is a very versatile and extremely broadly supported open source virtual machine emulator. In 2016, QEMU could finally achieve what has never been possible before: emulating Mac OS 9.0.4, 9.1 and 9.2.2 (albeit still it's quite slow and the sound support is kind of buggy at the moment). Note that QEMU can also emulate Mac OS X 10.0 up to 10. Running Mac OS 9.2.2 in QEMUMy Specs are (not so good)ASUS vivobook S551intel i5 4210u 2.4 ghz8gb ramNVidia GeForce 840m 2GBWindows 8.1 x64. 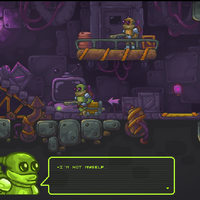 SheepShaver is a MacOS run-time environment for BeOS and Linux that allows you to run classic MacOS applications inside the BeOS/Linux multitasking environment. This means that both BeOS/Linux and MacOS applications can run at the same time (usually in a window on the BeOS/Linux desktop) and data can be exchanged between them. If you are using a PowerPC-based system, applications will run at native speed (i.e. with no emulation involved). There is also a built-in PowerPC emulator for non-PowerPC systems.

SheepShaver is distributed under the terms of the GNU General Public License (GPL). However, you still need a copy of MacOS and a PowerMac ROM image to use SheepShaver. If you're planning to run SheepShaver on a PowerMac, you probably already have these two items.

SheepShaver runs with varying degree of functionality on the following systems: