'Happy' is a song recorded by Michael Jackson for the Motown label in 1973. The song featured on Jackson's album Music & Me. Its full title is 'Happy (Love Theme from Lady Sings the Blues)', although it was never featured in the film or the soundtrack for Lady Sings the Blues. The song was first released as a single by Bobby Darin in November 23, 1972, peaking #67 on the Billboard Hot 100, his last single to hit the chart.[1] Michael Jackson's single was first released in Australia, backed by 'In Our Small Way'.[2]

Jackson continued to perform the track in concert as late as 1977, citing it as one of his favorite songs.[3]

In 1983, the song was released as a single in the UK to promote Motown's 18 Greatest Hitscompilation album, on which the song was included. Upon its release, 'Happy' (credited to Michael Jackson plus The Jackson 5) peaked at #52 on the British pop chart.[4][5] It was also issued as a single by Bobby Darin and included on his posthumous Motown LP Darin: 1936-1973. It was later recorded by the song's composer, Smokey Robinson, and appeared on his landmark solo album A Quiet Storm.

According to Robinson, the song was inspired by the film's melody, which was originally composed by Michel Legrand. He explained, 'I was looking at the movie one day, and I was listening to that melody, and I thought it was just such a beautiful melody, until I wanted to write some words for that melody, which I did, and I went and I sang them for Berry Gordy, and he was really upset because I didn't write them before he finished the movie so they could've been in the movie.'[6] 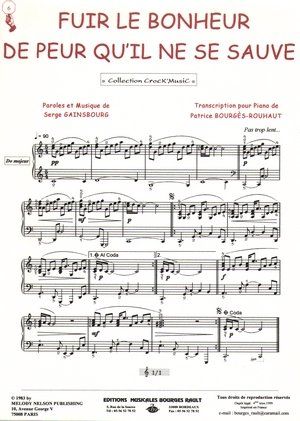