Recently I discovered that in March of 1969, when the lunar module ascent stage, 'Spider' was released during the Apollo 9 Earth orbital mission, the ascent engine was commanded to burn to fuel depletion. This resulted in an orbit of 6,934.4 × 230.6 km. That orbit lasted until the ascent stage re-entered and burned up on 23 October 1981. Since the Space Shuttle Columbia first flew on 12 April 1981, that means that, hypothetically, the Space Shuttle could have been dispatched to rendezous (and possibly capture) Spider. These are a series of scenarios utilizing the Shuttle Fleet and AMSO. Both addons must be in the same Orbiter installation, Orbiter 2010, to work properly. The scenarios are located in the Scenario folder 'Finding LM3(Spider)'. There is a launch scenario on 13 October 1981 and a stationkeeping scenario on 14 October 1981. Using the RPOP MFD, a flyaround is possible. The scenarios are based upon actual orbital elements for Spider from October 1981. Spider was NORAD catalog number 03771.

This is updating the SpaceLab to work with the Shuttle Fleet. The config file has two attachments, attachment '0' should be used if the ODS is present in the shuttle vehicle, and attachment '1' is used without the ODS. Two scenarios are provided, one with Columbia and no ODS, and one scenario includes Discovery with the ODS. The scenario files show how to use the attachements so that the lab is properly positioned within the bay. This is an update to the original SpaceLab V3.0 by Gandalf; the original add-on must be installed first for this update to work properly.
Posted Jul 6, 2014 16:17 by David413
This is version V1.0 of the Orbit Targeting MFD for use with the Shuttle Fleet V4.8 in Orbiter. In December of 2012, 'Indy91' published a LUA script that provided the ability to conduct rendezvous in a manner similar to that of the Space Shuttle astronauts during the shuttle program. Previous to that publication, 'Siamesecat' had published an add-on that simulated the 'Universal Pointing' feature of shuttle software. Both items made the simulation of rendezvous, proximity operations (PROX OPS) and docking with the International Space Station more realistic and enjoyable. This MFD combines the two previous add-ons in one MFD in an effort to allow Shuttle Fleet users the ability to conduct missions more realistically. Please read the enclosed users manual. It includes a tutorial for the use of this MFD. 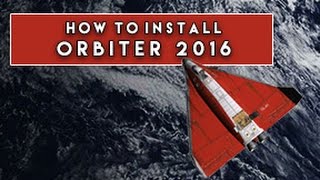 Posted Jan 29, 2014 04:21 by David413
This is my tribute package for the last flight of Challenger; STS-51L. Based upon historical documentation and personal development of orbital state vectors for the expected flight events I have created the following scenarios using the available components from the 'STS_Payloads' package and my previously release extension package for the Shuttle Fleet. Godspeed to Challenger and her crew; let this package be a celebration of their dream.
Posted Aug 2, 2012 21:15 by David413

This is version 4.8 of the Space Shuttle derived unmanned vehicle, Shuttle-C updated for Orbiter 2010 and the graphics client D3D9. This package must be installed over an existing Shuttle Fleet V4.8 for Orbiter 2010 installation. The Shuttle-C was proposed in 1987, and the idea was finally rejected in 1990. 1.) Still allows for use with R.J.Croy's STS-GuidanceMFD for automatic rendezvous with LEO satellites. Note that in order for the guidance algorithm to work properly, the line 'OMS' must be in the scenario file. This will cause the shuttleC dll to fire the OMS engines without an offset that could yield an unwanted rotation. 2.) Control of the cargo doors is via the key 'K'. 3.) Once in orbit, and with the doors full open, a cargo can be deployed with the payload dialog box (open with 'CTRL+SPACE'). 4.) Three views available, default forward view (key 'V'), forward payload bay ('SHIFT+V') and aft payload bay camera ('CTRL+V'). 5.) Prior to liftoff the cooling flow of LO2 venting from the SSMEs is simulated with 'SHIFT+X'. 6.) Once in space (before the OMS2 burn) the nose cap can be jettisoned using the payload dialog box button; this exposes the docking port. A docking port view is available along with the COAS overlay using 'SHIFT+Z'. 7.) The Ku-band antenna is deployed using 'CTRL+U'. 8.) Two versions of the Shuttle-C are provided, Block I with OMS engines, Block II without OMS engines. Scenarios included with this package include a launch scenario with 3 MPLMs as cargo, a scenario docked to the ISS, and an on-orbit scenario with the Shuttle-C post-MECO. Establish an orbit at the next apogee with an OMS burn. Thanks as always to Don Gallagher ('Donamy') for the mesh and textures.

Orbiter in the press