Counter-Strike: Source is a classic shooter where you can choose to be a terrorist or a policeman. The game was developed by Valve Corporation and millions of people all over the world are playing it for years. In this game, like other CS series, every round is won either by completing objectives (blowing up bombs or rescue hostages) or by killing all members of the opposing team.

Counter Strike: Source Download v34 or v84 Posted by Admininstrator into English / CS:S, 22:29 Counter-Strike: Source is a classic shooter where you can choose to be a terrorist or a policeman. Counter-strike 1.6 full install file So, counter-strike 1.6 server is currently still popular on line game. Hundreds of thousands players have CS in own computer. Why CS 1.6 still popular?One of the reasons why CS 1.6 popular is that it is an old game.

Unlike Half-Life: Source, the CS:S is a complete remake instead of a port with additional content. 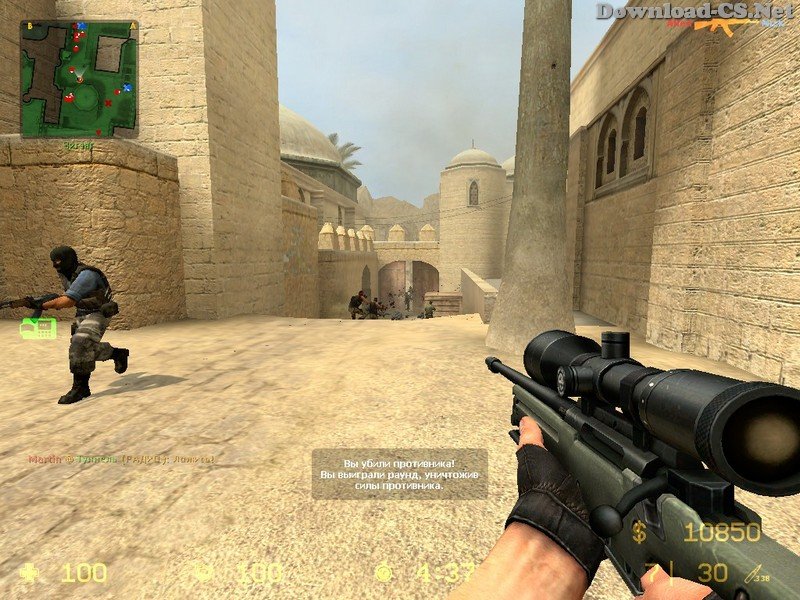 You can download Counter Strike : Source for free without registration and start yo play immediately after installation.
To install game, download CS:S installation package directly or via torrent and launch the executable. After installation which can take from 1 to 10 minutes (depends on your HDD speed) run the game using shortcut on your Desktop.

When you will enter the game it's better to change nickname use in game-console: setname 'your name' or clicking main menu Options -> Multiplayer. You can use your native language in your nickname.
Just select a server in 'Find Servers' -> 'Internet' and start playing.
Source V34 was released 3 December 2009 so it is rather old. Nevertheless, it works faster on older PCs and takes 2 times less RAM. Significant part of code and technologies was inherited from older versions. All game resources like models and maps are located in a separate files. As for Source V84 it has better graphics and higher system requirements. Game resources are located in huge VPK files. The score board looks much better then in V34.
There are much more players using latest version and much more game servers. But, some people still enjoy playing old game at old servers.
You may check next screenshots to decide which game version do you want. Left picture is V34, right is V84


During years different versions of CS:Source were developed, but the most popular are CSS v.34 and the latest version CSS v.84. We provide you both of them for free. Download CS:S without registration.

Enjoy our stable clients on your native language! If you have any questions feel free to ask in the comments or feedback form.