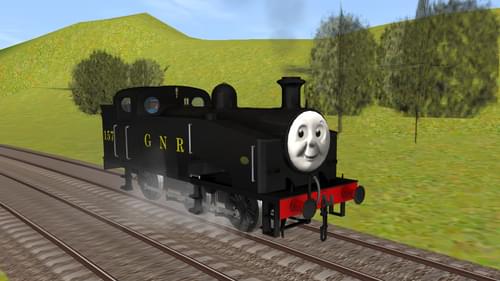 Wow, it's been quite a while since the last time I did something for this website since I kind of ran out ideas (it's hard to believe that this website is now over five years old!), but now I'm back with a set of seasonal rolling stock for Trainz! They are two separate releases: a Christmas coach car, and a pack of four Christmas freight cars, made for British-based routes to be compatible with Thomas & Friends content, such as ones made by Sodor Island 3D, which was sadly defunct earlier this year, but thankfully it has been brought back recently, under a different website! I actually worked on them a few years ago, but I kept forgetting about them every Christmas until now. However, despite being a couple days late, now is the time to finally make up for it.

You can find them all on the Rolling Stock section for my Trainz content. Please note that the tank car is incompatible with Trainz Simulator 2010: Engineer's Edition. Nevertheless, please enjoy and have fun! Oh, and I would like to wish you all a Merry Christmas and a Happy New Year!