Tip #1: Everything is normal. Tip #2: Superliminal officially launches on November 12th! A game inspired by forced perspective. In this mind-bending first-person puzzler, you explore a surreal. ‎Listen to songs and albums by Zantex, including 'Superliminal (Remix),' 'Apocalypse Now,' 'Slenderr,' and many more. Songs by Zantex start at $0.99. 'Tusk is a double album released in 1979 (see 1979 in music) by Fleetwood Mac. Considered somewhat experimental due to Lindsey Buckingham's apparent attempts to allow punk rock and New Wave influence into his work, Tusk did not achieve the level of success of its mega-hit predecessor, Rumours.

There are few bands with the longevity of Fleetwood Mac, now 53 years in the business of making world-shaking music. Most people are primarily familiar with FMac 4.0, the Lindsey Buckingham/Stevie Nicks edition (also FMac 7.0). Now we’re on FMac 8.0.

Recently, we wrote about FMac 1.0, when the group was formed and called Peter Green’s Fleetwood Mac. Mick Fleetwood, who along with John McVie are the only continuous members of the group), held a special concert in London in February for Green. Green left us July 25.

Now RHINO Records have issued a superb box set Fleetwood Mac 1969-1974 AND on vinyl Fleetwood Mac 1973-74. The CD box covers the last album with Green, FMac 2.0 led by Danny Kirwan and Jeremy Spencer, FMac 2.1 led by Kirwan, Christine McVie, and Bob Welch, and FMac 3.0 led by McVie and Welch; the vinyl edition is all the McVie-Welch band.

This was the final album featuring Peter Green. The group featured Danny Kirwan and Jeremy Spencer on guitars along with Green and the ubiquitous Fleetwood and Mac (John McVie) on drums and bass. It is a brilliant blues album that bowls you over immediately with “Coming Your Way,” a Latin percussion-laden powerhouse. There are two other tracks which will likely appear on this reissue: the single edits of “Oh Well” and “The Green Manalishi (With the Two Prong Crown).”

This wonderful rock and roll album turns 50 September 18. Kirwan, Spencer, Fleetwood, and McVie shimmer here. Christine McVie did the album cover. A single edit of “Jewel Eyed Judy” will likely appear on this disk. We will publish a Class of 1970 review on its birthday.

Spencer left, Christine McVie joined the band on vocals and piano, and Bob Welch also became a member, singing and playing guitar. Each of them contributed two compositions. This is another amazing album. “Sands of Time” is one of the best rock songs of all time.

One superb album after another. This would be Kirwan’s swan song with FMac. His “Child of Mine” and the title track are outstanding. Welch would debut “Sentimental Lady” here before having a hit with it as a solo artist. Christine’s gorgeous “Spare Me a Little of Your Love” is so heart-felt.

This is a good album but perhaps the weakest of the bunch (again, a very relative appraisal). Bob Weston joined and played lead guitar. There were several guest musicians on several tracks as well. Christine again scored with “Did You Ever Love Me” with those steel drums.

The same quintet: Welch, Weston, McVie, McVie, and Fleetwood, bounced back with this superb outing later the same year. “Emerald Eyes” and “Hypnotized” are brilliant, and “Keep On Going” is certified genius. Welch composed six, Christine five, and there was one collective tune.

Weston left the band; Welch took over all guitar duties. He had six tunes here, Christine four. This one doesn’t quite reach the standard of its predecessor, but it still gets high marks. “Angel” and “Bermuda Triangle” were popular.

Mathcounts warmupsmath problem solving. This recording has never been released, done as a studio performance in Sausalito CA on December 15th.

A single version of “Dragonfly” and the previously-unreleased “Good Things (Come to Those Who Wait)” will also be part of this eight-CD package.

Those who have examined the box set praise the album cover reproduction sleeves, gatefold where appropriate, with a booklet with full track information. It was noted that there are no additional photos or rarities in the booklet.

The vinyl version includes Penguin, Mystery to Me, Heroes Are Hard to Find, and the live Record Plant double-album plus a single. They are available on black vinyl, of course, and then there is the deluxe edition:

It includes Penguin (1973) on yellow vinyl, Mystery To Me (1973) on orange vinyl, Heroes Are Hard To Find (1974) on gold vinyl, and Live At The Record Plant on white vinyl. All are pressed on 140-gram vinyl and presented in replica sleeves. As a final touch, the set also includes a 7” single with “For Your Love” (mono promo edit) on one side and the previously unreleased “Good Things (Come To Those Who Wait)” on the flipside on blue vinyl. Limited to 1500 and individually numbered in bronze.

It would seem that suggested list prices are in or around $50 for the eight CDs, $98 for the vinyl, and $120 for the deluxe colored editions.

It is worth noting that five albums from the CD collection have been issued on the outstanding series Original Album Series. This is a tremendous set of reissues worth exploring for hundreds of bands.

Our Spotify playlist contains the original seven albums from remasters as recent as 2018, not the newly remastered editions.

The 1980s weren't a good time for 1960s/1970s rock stars. Synthesizers and drum machines used on records, neon clothes and break dancing used in videos, and a lot of hair product just didn't fit most of them. They often sounded and looked ridiculous, and 30 or more years later the music and images can make you wince or laugh.
Fleetwood Mac struggled with hits and misses in the 1980s, both as a group and solo endeavors. Lindsey Buckingham tried to reinvent Fleetwood Mac for the 1980s beginning with the double album Tusk, which alienated a lot of fans at the time. And while the band had hits going forward, it never really recovered. The band has split up, changed lineups and recorded and toured sporadically, always with a lot of internal drama.
After 1982's Mirage, Fleetwood Mac didn't release another album until 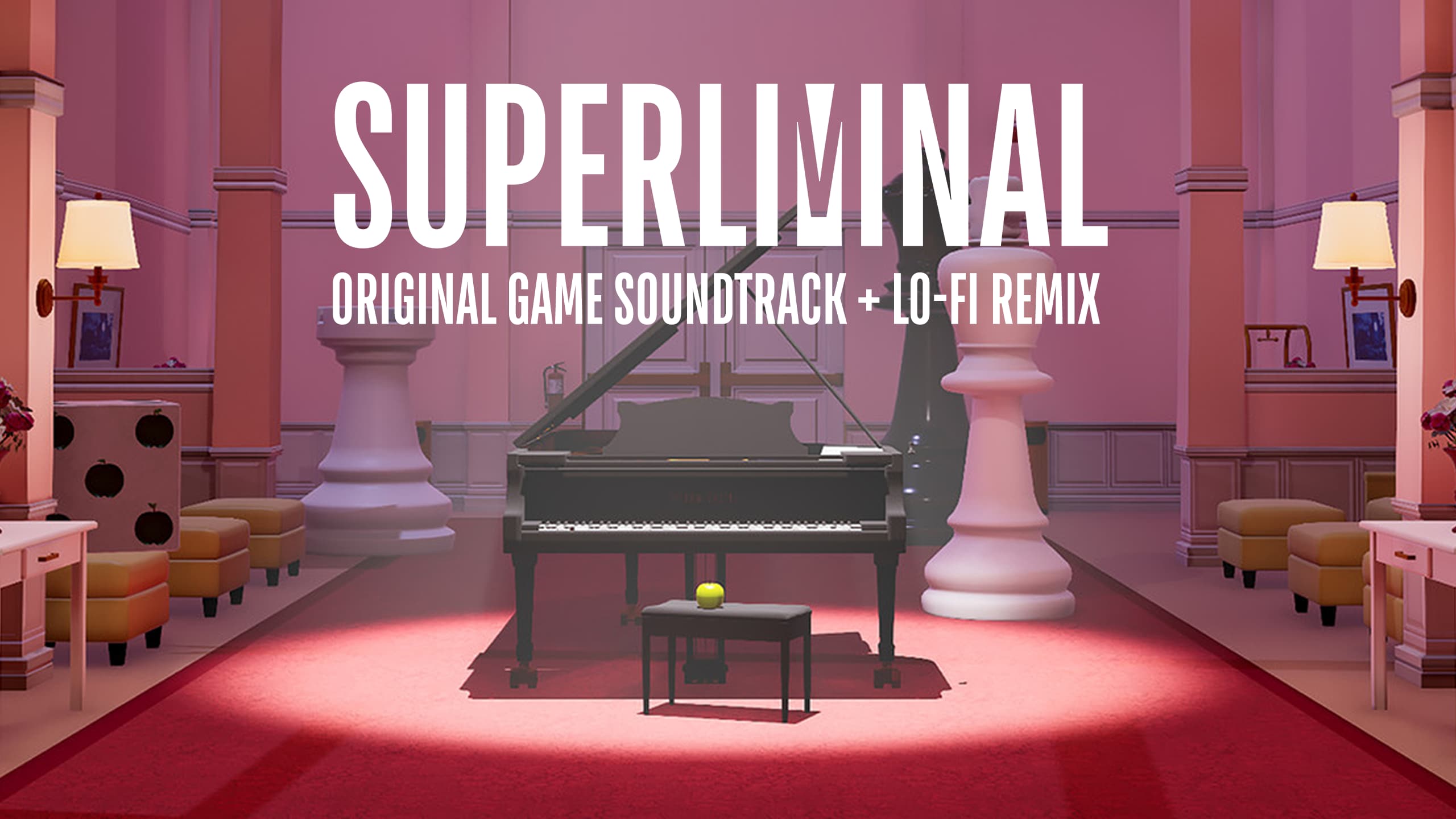 Tango in the Night in 1987.
In 1984, Christine McVie and Lindsey Buckingham released solo albums. Stevie Nicks released ones in 1983 and 1985. I took on 'the challenge' of choosing tracks from a solo album of each of them to create what could have been a 1984/1985 Fleetwood Mac album.
SIDE A
1. The Challenge
3. Rock a Little (Go Ahead Lily)
5. I Sing for Things
1. Who’s Dreaming the Dream
3. One More Big Time Rock and Roll Star
5. The Smile I Live For
It's interesting that on both Mirage and Tango of the Night, only three of Stevie's songs were included on each. In this case, I decided to go the democratic way and included four songs from each of the band's three primary songwriters.
Christine's self-titled solo album includes four tracks that feature Lindsey on either guitar, vocals or both. So those are the ones I chose for this album. The songs include 'The Challenge,' 'Got a Hold on Me,' 'Who's Dreaming the Dream' and 'The Smile I Live For.' I was tempted to include also 'Love will Show Us How' since it was one of the singles from the album, but then it throws things out of balance. I was also tempted to use the track 'Ask Anybody' because it includes Mick Fleetwood on drums. But in the end, I felt that Lindsey's contributions were more recognizable than Mick's.
From Lindsey's Go Insane

album I chose the title track, 'I Must Go,' 'Bang the Drum' and 'Slow Dancing.' A lot of the Go Insane album includes musical experimentation, including a lack of drums (a drum machine was used throughout). These songs seemed to me to be the most commercial, which is why I chose them for this.
For Stevie's contributions from Rock a Little, I picked three songs that she wrote alone: 'Rock a Little (Go Ahead Lily),' 'I Sing for Things' and 'No Spoken Word.' That means not including the big hit from her album, 'I Can't Wait.' This song was co-written by Jimmy Iovine and Rick Nowells and just feels like it was written very separate from something she would have done for Fleetwood Mac -- in my opinion anyway. In addition, I included the song 'One More Big Time Rock and Roll Star' that was issued as a non-album B-side of a single.
For a cover, it would be nice to have a group shot from 1984 or 1985, but there are none that I know of. I decided to use something that fit with the title of The Challenge, which I took from Christine's song and seems symbolic of the band itself. After searching around the web for far too long, I eventually chose a a background of hearts and used a 1982 photo of the band and did a little Photoshopping.