Summary: Call of the Beastmen is a welcome addition to Total War: Warhammer!

No one quite expected Creative Assembly’s adaption of Games Workshop’s classic tabletop wargame, Warhammer Fantasy Battles to be as good as it turned out to be. It really shouldn’t be that surprising; the Total War franchise is perfectly suited to making crazy little fantasy miniatures come to life for a right old fantasy donnybrook. Now the first consignment of DLC has dropped, Call of the Beastmen. It contains a few new heroes for the existing army factions, a few rule tweaks, but first and foremost it’s about the Beastmen themselves. 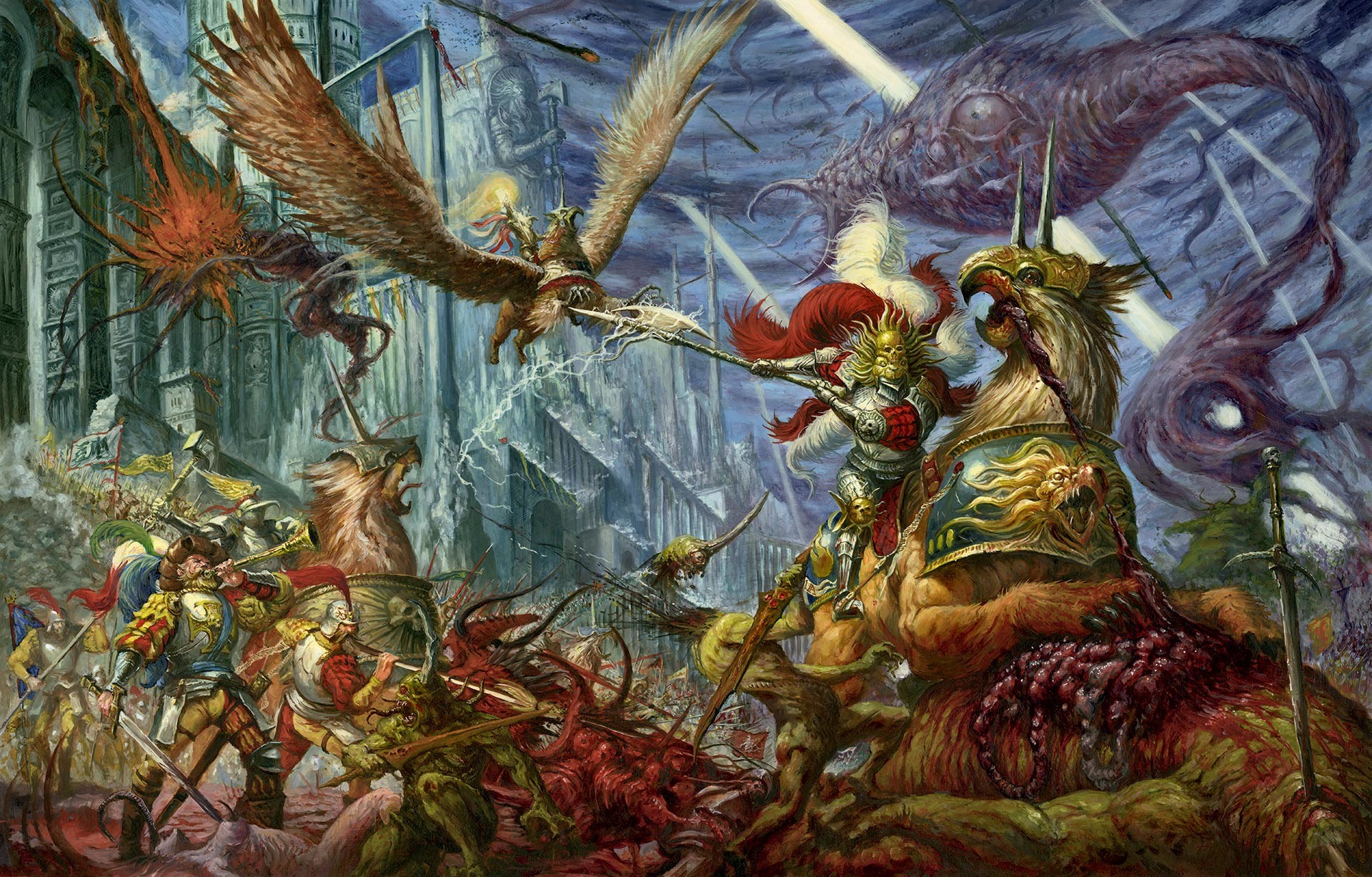 Something has stirred in the deep dark forests of The Old World. Between the twisted trunks, the Beastlords have grow restless with an all-consuming battle-thirst. They gather to them great Warherds of barbarous, bestial fiends, forged in the Time of Chaos; dark amalgams of human intelligence, animal cunning and raw, reckless ferocity. Their goal? To basically wipe out everything on the map, and in particular the human race.

The culture and goals of Beastmen aren’t that sophisticated. They don’t build cities or grow communities. They literally just spread Chaos around the map, seeding it into the land with every victory and erecting idols to the dark Gods. The units themselves move in nomadic warherds, and it’s there you’ll improve things like barracks and totems and farms on the go. This slows movement down because in order to grow, your army has to make camp and wait for improvements to complete. You can’t afford to tarry too long though, like the Greenskin faction, the Beastmen require maintaining their ‘bestial rage’ (basically morale) so their armies don’t suffer attrition.

You have to keep attacking and moving forward, hopefully to a point of creating a ‘brayherd’ which is a buffed, drunk-on-blood army that’ll get you extra bonuses. Beastman armies can hide by entering a hidden encampment stance, and have a chance to ambush even when attacking normally. Also like dwarves and mountains, beastmen can navigate otherwise impassable forest terrain using special ‘beast-paths’ to their tactical advantage. The Beastmen roster features a new (as-to-be-expected) array of ugly critters, goat-men, minotaurs, freaky centaurs etc. along with a few heroes and lords. Good fun, but nothing really to blow my mind. The character design is of course excellent and the battles suitably bloody and well-animated. This is something the Total War team has had years to perfect, and along with Games Workshop’s wealth of fantasy art to draw from, it’s a great marriage of talent and ability.

The new aspect I liked most was the addition of a story campaign along with the standard grand campaign. This is what was lacking previously in the game, a true, actual narrative. Here it is called An Eye For An Eye; a tale pitting the Beastmen in a berserk guerrilla war against mankind. The theatre of conflict is a bespoke campaign map representing the densely forested landmass. The player assumes the role of Legendary Beast-Lord Khazrak The One Eye as he lays waste to the lands of men and attempts to slay his nemesis Boris Todbringer, the Graf of Middenheim. Hopefully Creative Assembly will create more of these story campaigns for the other factions, and give actual purpose to your bouts of weekend genocide.

All in all, despite being waaaay overpriced, Call of the Beastmen is a welcome addition to Total War: Warhammer and provides healthy clues the game has plenty of room to grow and improve more as time goes on. I’m no great fan of the chaos factions myself, so I’ve got my fingers crossed for the Bretonnians DLC in the next drop. Whatever it’ll be, after seeing Beastmen, it’s something we should all be looking forward to.