The Cupertino tech giant hit a $2 trillion valuation on Wednesday, with shares briefly hitting $467.77 in intra-day trading. Apple's stock price has rallied more than 55% since the beginning of 2020.

On Wednesday, 21st of October Apple became the first company in the United States to reach $2 trillion in market value.

This huge growth is caused by there many products but the most popular one is the iPhone. Almost everyone is familiar with the iPhone these days.

Majority of their revenue comes from the single product which is the iPhone. Recently they earned a huge revenue from the iPhone 12 series. Thus leading them to more and more revenue.

Also Read: How Close is Science to Download the Human Brain?

Previously in March 2018, Apple was the first company in the US to hit $1 trillion In market value also.
In the last quarter of 2020 which ended in June, profits increased by 8%, and their revenue increased by 11%. This huge bounce made a total profit of $59.7 Billion.

“Apple has been wildly successful in building out its platforms, mitigating the fact that iPhone sales had peaked, by building products that surround it and services that enhance it,” said Avi Greengart

So, let’s find out how Apple pulled it off.

Apple revenue is getting broader and broader day by day. They started with some products and now they are getting into many different industries like cars.

Apple used to only make expensive and higher-end iPhones but now they are also coming to grab the middle-end market. Previously they launched their iPhone SE which was a huge success. I hope they come to this market with more of their products like their AirPods.

Other than the iPhone, Apple has many other products. They started with macOS, iPods, and then iPhone. But now they are going all-in even getting into the industry of cars.

You know AirPods right? Yeah, when they removed the headphone jack and then sold the solution to it.

In 2016, with the release of the new iPhone, Apple removed the headphone jack and launched its AirPods for it. A lot of income comes from it. They have a very big market share in this category, but with time more and more companies are coming with new high-end AirPods with more features and also low-end AirPods with many features, this is the reason Apple’s market share is also dropping day by day in the AirPod’s category.

Apple’s main business which was the main driving force of the company at that time was an operating system. They not only make money by their operating system and adding different paid programs in it. But most of the revenue from this category comes from mac laptops. 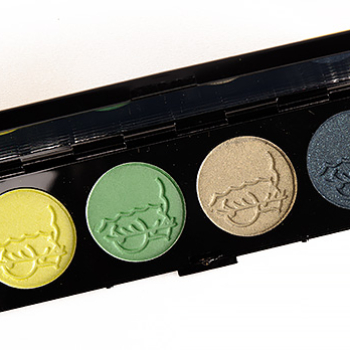 Mac laptops have many different price categories. Other than Mac laptops, Apple also offers Mac Desktops and All in One Desktops called iMac. They are also going to launch Mac Mini. Recently, they introduced their all-new processor the M1 chipset.

So, you can say they have a pretty big market share in this category too.

As we talked earlier about Apple’s macOS which comes with different paid software like Final Cut Pro. iPhone also comes with many different paid apps like Apple Music which you have to pay on a monthly or yearly basis. So, this recurring revenue has very big potential in the long term game.

Apple is an old player in the technology game. But with time more and more companies are emerging, giving a tough competition to Apple. It will be good to see how Apple deals with it and keep growing.

So, feel free to write down your opinions so other readers can also see your thoughts.