Have you recently switched from Windows to Mac? And now you are looking ahead to download Notepad++ For MAC?

Well if your answer is yes, then you better stick with this page. There is no doubt that Notepad++ is one of the most popular code editors that available for the Windows computers.

It has a huge, and there are users who do not want to use anything else in a replacement of Notepad++. Notpad++ has a simple user interface as well as it has the ability to edit the different type of codes.

However when it comes to Notepad++ For MAC, well there is no such support. Since Notepad++ required the Win32 API hence, you cannot install it on your Mac computer.

However, that does not mean, you cannot run Notepad++ on your Mac computer. Of course, you can, there are two possible ways to do so. One of them is to rewrite the source code of Notepad++ and make it compatible with the Mac environment. Or you can use some Emulators.

But going with the first option is not a great idea, to be honest. It is a lengthy process, and the result is unpredictable. Talking about the emulator, well in order to run Notepad++ on your Mac here are the steps that you can follow:

How to install Notepad++ For MAC using an Emulator

For this tutorial, we are going to use this tool called Wine. Now, what this tool actually does? 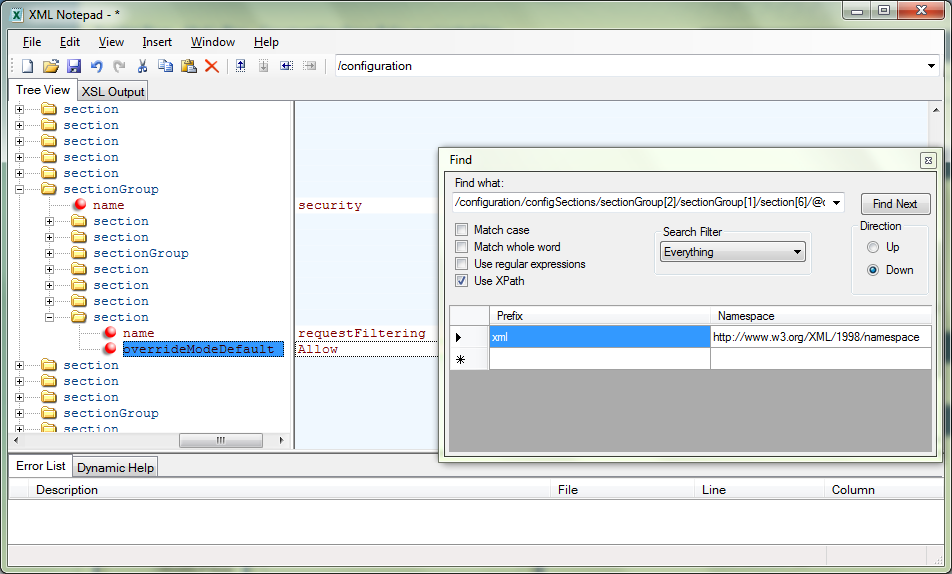 Also as you already aware of the fact that Mac OS is also based on Unix. So you can use wine to run Notepad++ on Mac. Anyway now let’s just go ahead and talk about the steps:

However, as you can see that this is quite a lengthy process and not a suitable way to take in most of the cases. Hence we would advise you to try out some of the Notepad++ Alternatives for Mac.

There are lots of alternatives to Notepad++ For MAC available on the internet. So let’s just go ahead and have a look at those alternatives:

Top Alternatives For Notepad++ For MAC

Atom is one of the popular text editors for Mac and other platforms. It is an open source text editor that provided by the Github team. Plus since the text editor is open sources, so you do not have to pay for it.

The Best part of the Atom is that you can customize the text editor itself. This means you can make Atom work for you the way you want. However, for that, you need to have knowledge of HTML and JavaScript.

It also comes with some of the cool themes and offers a hell lot of features. Such as Modal control, project management, Github conflict management, and so on.

Brackets is another popular text editor available for the Mac that you can try out. This text editor was developed by popular software development company Adobe.

Brackets are free to use text editor, and it comes with lots of amazing features. Such as it has instant search, CSS Hints, JS Hint Support plus it comes with a lot of themes. Also, it is easy to integrate with the Git tool.

Adobe Text Editor also comes with some of the unique features. These include, extract, colors, fonts from a PSD file and converts it into a clean CSS file. So you can save a lot of time.

It is a perfect code editor for the web developers, although we cannot say how well it performs for other coding environments. However, as long as it comes to web development, it supports 30 major programming languages. Also with the Visual Studio Code, you will get real-time and automatic API description, linting, Git control debugging and comes with the support for regex.

Sublime Text is also one of the popular text editors that comes with a simple design. However, it is not free and holds a price tag. Although, it seems like a basic notepad tool, however it is not.

Sublime Text is extremely fast and powerful. Also, the best part of the code editor is that it is keyboard centric. As a result, you can perform most of the tasks using a bunch of keystrokes.

In addition to that Sublime text looks exactly the same on all the platforms. Since it is developed on some custom cross-platform UI framework.

UltraEdit claims that it is the world’s best text editor. Although we are not sure if it is the number one text editor or not. But it is defiantly one of the best ones.

The best part of this text editor is that it supports a bunch of programming languages. This includes C, Objective C, Javascript, XML, PHP, Perl, Python and so on.

Also, it comes with a bunch of features that highlights the code, comes with disk based text editing and has lots of themes. However, this tool is not free and comes with a price tag.

Textastic is another popular text editor that comes with a cheap price tag. The text editor is specially developed for the Mac computers.

The best part of the application is that it supports more than 80 source code and markup languages. Plus it comes with auto-completion support for HTML, CSS, JavaScript, PHP, C, and Objective-C.

The text editor is also super fast and supports the iCloud sync features. This makes sure that your work is getting synced across multiple Apple devices.

Also, the tool costs less than $10, so in case if you are looking for some paid tools. Then you better check this one out.

Komodo Edit is one of the popular text editors around the developers. Even it is the best alternative to the Notepad++ for Mac. Komodo edit comes with an Integrated development environment (IDE).

The Komodo Edit also comes with lots of features such as autocomplete, markdown viewing, multi-language support, change tracking and so on.

Also, you will find lots of GitHub repositories and are available for this text editor. However, it does not offer a bunch of features when compared to the other tools. But as far as your requirement is to get done with basic jobs. The text editor will do the job for you.

Dying light: season pass for mac os. TextWrangler looks kind of as same as the Notepad++. Plus it is one of the top alternatives to the Notepad++ for Mac.

The text editor comes with some of the basic features that include Multi-file search, Unicode viewing, spellcheck, built-in text transformations and a few others. In other words, you can say that it is a free alternative to the BBEdit.

Overall it is a pretty basic text editor and does not come with many features.

TextMate is a powerful, simple and lightweight text editor that is available for the Mac users. The text editor supports a wide range of languages and syntax, tabs and so on. Also, it comes with a bunch of features.

Like it comes with the support for Auto-Indent for Common Actions Like Pasting Text, Auto-Pairing of Brackets and Other Characters, Completion of Words from Current Document and so on.

In the end, we have this tool called BBEdit it is a paid text editor that you can try out. The text editor does not come with a great user interface. However, it is one of the powerful text editors.

It is a perfect text editor for HTML and text editing and comes with the remote editing via FTP/SFTP support.

So those were a couple of best alternatives to Notepad++ for MacOS. Now go ahead and have a look at them. Also if you have any questions, do feel free to comment below.

This is the best utility I have used in creating XML applications. If you need to create a XML application. Need not to look for another XML editor. Microsoft XML NotePad is just for you!

For many years, people have been searching for a lightweight, intuitive, powerful, and easy-to-use XML editor to manage the complexity and power of XML. Now, the search has ended with the release of XmlShell The Ultimate Lightweight XML Editor.

The Extensible Markup Language (XML) is a general-purpose specification for creating custom markup languages.It is classified as an extensible language, because it allows the user to define the mark-up elements.

Compass has been a popular and powerful bookmark manager program since its first release in January, 1997. It supports three most popular browsers - Netscape, Internet Explorer, and Opera. Plus, it can launch any system specified generic browsers.

This is an XML Driven Flash Template with Deeplinking, geared towards the creative professional.